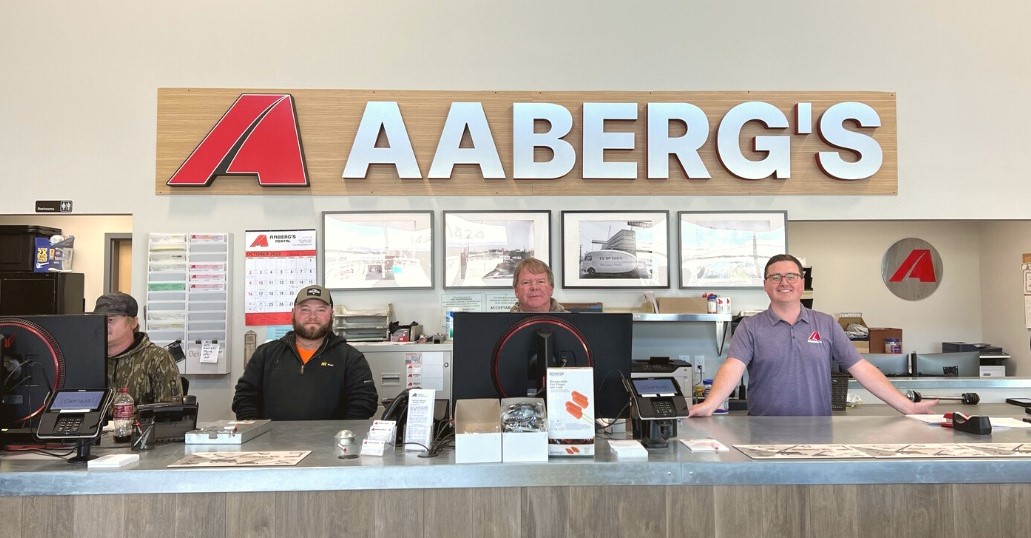 Normally, being stuck in a trap is a bad thing. Not so for Alexx Bacon when the “trap” is the equipment rental business and the “stuck” part means taking the reins as a second-generation rental owner. In fact, you could say he is living his dream.

“I always wanted to be in [rental] and obviously got totally emerged in it, and I’m stuck. Once you’re in, it’s like a trap; you can’t get out,” says Alexx, president of Aaberg’s Tool & Equipment Rental in Tacoma, Wash., with a chuckle.

The family-owned rental business that Alexx fell in love with from the time he started doing general yard duties immediately after graduating high school in 2007 caters almost entirely to general contractors. “The smaller contractor that is building houses or doing a tenant improvement — we really specialize with those guys. Contractors have been our primary focus the last handful of years because The Home Depot and places like that have kind of taken away some of that homeowner business from us. We are 70 percent contractor, 30 percent homeowner,” he says.

Aaberg’s’ general contractor focus translates into a rental yard composed of “a lot of light towers, air compressors, compaction and dirt moving equipment. We have a large fleet of aerial, probably 100 scissor lifts and 20 boom lifts. We have a large variety of equipment in our fleet. We rent everything: cut off saws, chop saws, demo hammers. You can come here and rent everything from small drills to larger excavators and aerial equipment. We strive to be your full-service rental yard,” Alexx says.

Since Aaberg’s has become so recognized as a place where contractors or homeowners can rent virtually anything, it’s somewhat ironic that it is a bit murky as to when exactly the company made its foray into equipment rentals. 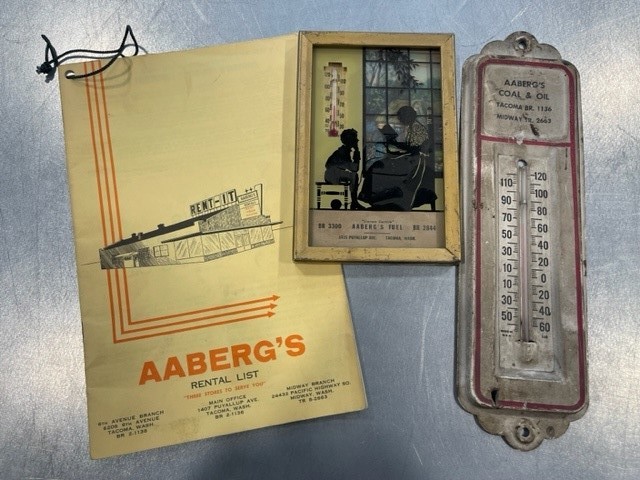 “Sometime — and it’s a really huge gray area — between the 1940s and the 1980s Aaberg’s became a rental yard,” Alexx says. “’Aaberg’ is a Scandinavian name. The business was started by a gentleman named Herb Johnson. He started a company named Aaberg’s Fuel in the early 40s and got involved in just about everything related to the heating industry, eventually resulting in the creation of Aaberg’s Rental. We have brochures with tractors in them that could be in the 60s, but Aaberg’s wasn’t an incorporated business back then. It was incorporated in 1982. Herb went from the fuel and oil company and got into rentals, and he had a full-blown rental house. He rented those little vibrator belts for muscle massage and toning, hospital equipment, party rentals, saws, ladders, backhoes — anything you can think of.”

Regardless of when Aaberg’s’ founder dove into equipment rentals, one thing is certain: the start of the Bacon family’s legacy with the business began when Alexx’s father, Hank Bacon, came into the picture in the late 1980s.

“My father purchased Aaberg’s. He was a regional manager for Hertz Rentals and saw the opportunity to purchase this company. When my dad bought it, it was a hole in the wall: nothing ran, nothing worked. He made a huge investment into equipment and made this company what it is now. He invested roughly $1 million into new equipment at the time,” Alexx says.

Alexx enthusiastically dove right into all things rental when he joined the business as a teen. “I started working in the yard, washing equipment, rolling hose, unloading and loading, doing service. I did everything: cleaned, swept, drove, whatever I needed to do, for five or six years until I was able to start coming in and answering the phones,” he says.

“I always wanted to be my dad; he was my idol. He loved rentals — it was his life. He had been in rental for 40 years, so I always had a thing for it,” Alexx says, explaining the zeal he developed for the rental business under his father’s tutelage.

Hank Bacon passed away in 2020, and while he is no longer present to apply his decades of experience to Aaberg’s operations, he did have the opportunity in his final years to work closely with his son and successor to pass on his knowledge about managing a successful rental operation. Today, Alexx is mixing that knowledge with his own modern vision to guide Aaberg’s in new, progressive directions. 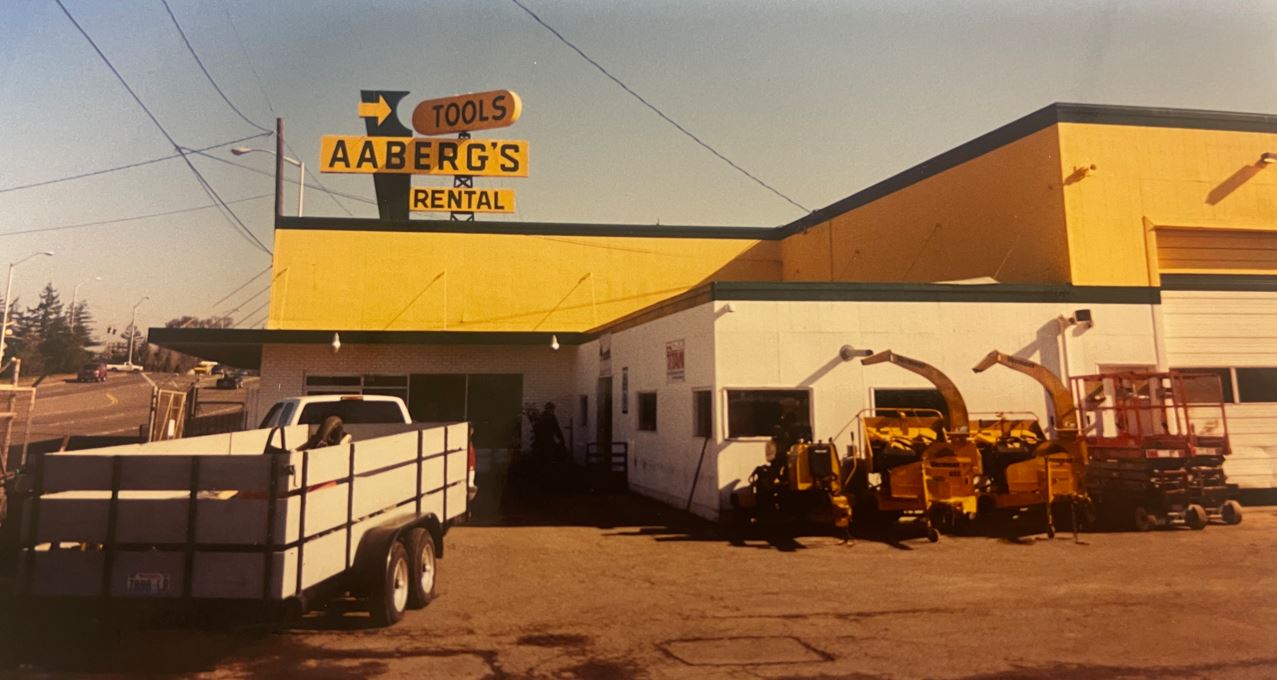 “When I took over full operations, I noticed the change in the desires people have for a nice workplace and what motivates the new generation of workers,” Alexx says. “I had guys complain about the small size of our shop space. When my dad was still alive, I asked, ‘What if I tore these buildings down and built one big, brand-new building? A state-of-the-art, nice, new rental yard?’ And the problem was the debt. We are a no-debt kind of family. My dad was always against it, just because we didn’t want to go crazy. We were just a single-operation store. I got the numbers on what it would cost to build a building, and it was going to cost a large amount of money. So, I went to a banker. My dad had passed away at this point, so I just thought that the only way to make this [space issue] better is to make a very large investment into our company. Now we have a 6,500-sq.-ft. building with four heated, dry, 50-ft.-deep work bays, so the guys can be indoors for almost everything they do, service-wise.”

Alexx says that while Aaberg’s’ grounds was overdue for this kind of modernization, the project really came down to the need to make an investment in the company’s employees. A nice side benefit was that the improvements were a big hit with customers.

“Our employees see the investment that we made, so it’s really worked out and made them happy to be here,” Alexx says. “And our customers absolutely love it. They like how we’ve invested money into our establishment. It has really taken what we had and made it really nice.”

As he reinvigorates his company, Alexx also is making an investment in his professional growth by obtaining industry certifications like ARA (American Rental Association) Certified Sales, which provides knowledge through training courses including customer service, digital marketing, sales skills and more. 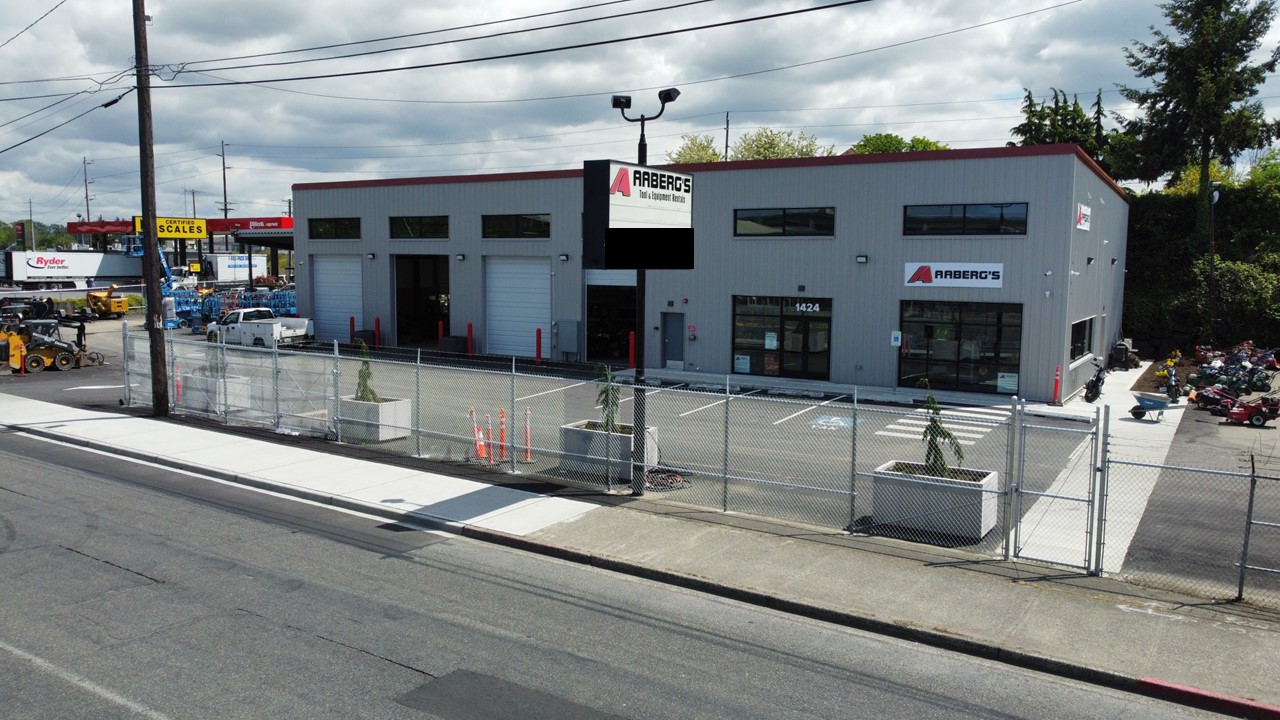 “I took that to build my knowledge and because I really want to build my employees’ knowledge, to make sure it’s valuable for them” he says. “I want a nice, clean place, and I want people that have great knowledge — trained and certified in the aspects of what they are working in.”

Securing financing for the first time to construct an ambitious, sizable new workspace for employees; creating a fresh, enticing retail environment for customers; and investing in personal and employee training: The wheels are in motion for Aaberg’s to remain competitive in the modern rental marketplace while remaining true to its one-stop-shop, customer-friendly reputation.

“It’s the variety of equipment that we carry,” Alexx says of what he feels sets Aaberg’s apart from most of its competition. “From concrete vibrators to heaters and cutoff saws — we have a large variety of equipment. It’s easy for customers to come here and grab all their stuff instead of having to say, ‘I need to get an aerial lift from here, another item there,’ etc. And we have awesome customer service. We are very fast on our delivery and pickup schedules, so if a customer needs something in an emergency, we can jump on it and help. We have always been the guys that can help you afterhours or toward the end of the day. We are small enough that we can jump in and help you in whatever way you need and since we have different varieties of equipment, we can kind of help just about everybody.”