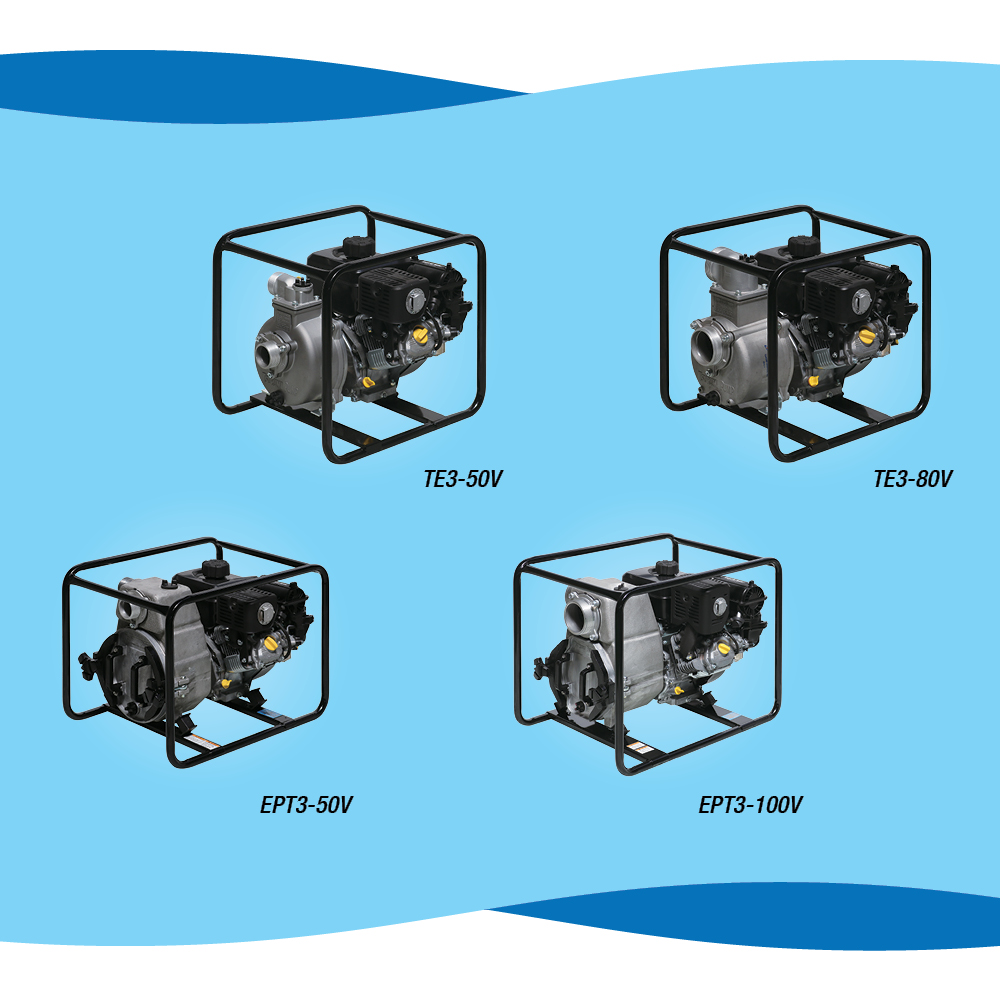 Tsurumi Pump, Glendale Heights, Ill., has partnered with Briggs & Stratton Corp. to offer North American users its engine-driven trash and dewatering pumps another choice. This enables popular models in Tsurumi’s EPT and TE series to achieve compliance with the latest regulations of California’s Air Resources Board (CARB) and allow them to be sold in the state.

The Vanguard Series engines will offer the same horsepower and rpm figures, and be an option on 2-in. and 3-in. centrifugal dewatering pumps and 2-in. and 4-in. trash pumps, under the TE3-50V and TE3-80V, and EPT3-50V and EPT3-100V model designations, respectively.

Standard features on Vanguard single-cylinder engines include an integrated cyclonic air cleaner that doubles air filter replacement intervals to 600 hours, an acoustically designed fuel tank and muffler optimized to reduce noise and one-pull starting in cold temperatures as low as 20 degrees below zero.

A fuel shut-off system is automatically engaged when the engine is switched off, thereby reducing the risk of a fuel/oil mix and removing the need for a separate button that is subject to damage.