The 'grit of showing up' in the rental business

You can say that Allied Equipment Services, Haskell, N.J., was born at the intersection of grit and opportunity.

As a U.S. Military Academy-educated, former U.S. Army captain, Allied Equipment Services President Tim Allen knows a lot about commitment and finding ways to succeed in a tough environment. These are qualities that have served him well as he has worked to establish his footprint in the world of equipment rentals since 2015.

“I was an Army officer on active duty for five years — that was my commitment after graduating from West Point, where I earned my commission in 2007,” Allen says. “I started my business six years ago and it took me a while to really get off the ground, find the right product mix and build a customer base.”

Allen supplemented his military education and experience — which includes two deployments to Iraq and Afghanistan with the 10th Mountain Division — by attending business school. It was during this time that he began to notice a number of opportunities springing up for veteran-owned businesses.

“I saw momentum forming around supporting veteran-owned businesses here in the New York region. I felt I could succeed at running my own business — that’s always something I was interested in doing. So, I decided to put effort into it, and it’s grown into the business it is today,” Allen says.

Allen initially became involved strictly in equipment sales: supplying silt fence and erosion control materials, hand tools and safety supplies. His sales activities led to the discovery of rental as an additional endeavor, and its allure quickly drew him in.

“The more I learned about rental, the ARA [American Rental Association] and interacted with the people, I said to myself, ‘You know what? There are some really great people here and some great companies,’” Allen says. “It was an industry I really enjoyed and wanted to be more involved with. So I decided to give it a shot. I’m not going to lie — there are some tough days in rental. But seeing the people who work in infrastructure, construction and rental — they’re folks you want to interact with every day.”

On the rental side, Allied Equipment Services’ offerings include telehandlers, light towers, message boards and brooms for utility projects. “We have a number of different pieces of equipment in our fleet, but we’re growing. I really like the telehandler market and we supply very cost-efficient LED light tower rentals,” Allen says.

As appealing as the equipment rental industry is to Allen, he acknowledges that it has taken a strong determination to stand out in a field of entrenched, well-known competitors. 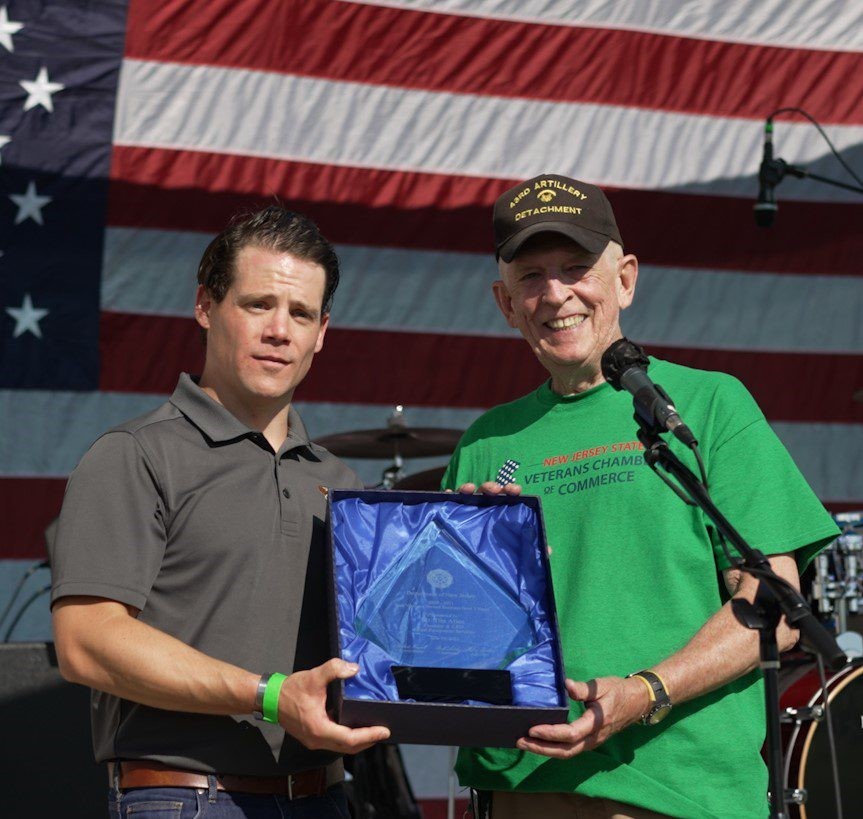 “It’s that grit of showing up, putting your name out again and again, and doing it responsibly and with the discipline to hang in there,” Allen says. “In this industry you have a lot of established, big players, and the big players have sales teams, brand recognition and national fleets. You have to get your name out there and slowly build your brand and your reputation. It’s a matter of earning one customer, then another, and proving that you’re competent and that you can do the job at a fair price. There were times when things weren’t happening for me, but you have to stay focused and keep trying every day.”

Allen’s grit and discipline has fueled the endurance of his business to the extent that, in 2021, Allied Equipment Services received the Veteran-Owned Business of the Year award from the New Jersey American Legion. “That was a great honor. But the important thing is that no matter whether it is a veteran-owned business, a minority-owned business or a woman-owned business, you’re still supporting a small business, and small businesses are key to supporting local and regional economies and creating opportunities for everyone,” he says.

Some of the project types that Allied Equipment Services’ equipment has supported include a power transmission line project originating near Syracuse, N.Y., that is bringing power from the Canadian border to consumers downstate; a bridge infrastructure project near the capital in Albany, N.Y.; and smaller contractor utility jobs in the New York metro area.

Allen also is actively pursuing the expansion of his business across the wider region. “We service New York state as well as the New York City area, but I also have customers in Maryland and Pennsylvania — those are new markets for us. And I’m also focusing on growing our rental presence in New Jersey. We’re getting there,” he says.

Going forward, Allen plans to continue his mission of building his reputation in the rental industry. To that end, he is leaning on his personal and professional integrity as well as a little help from a few seasoned 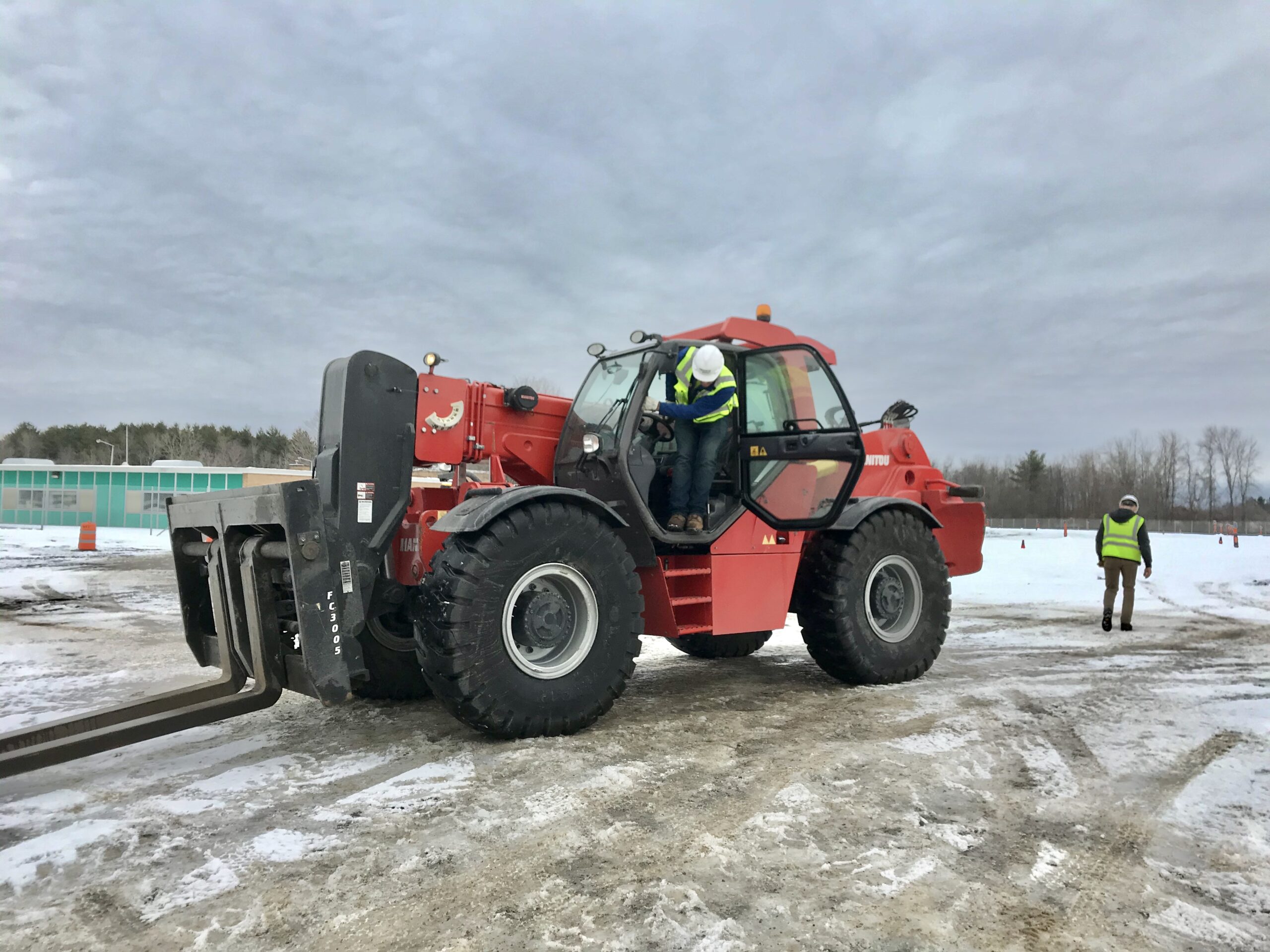 mentors thanks to a new resource available to ARA members.

“I participate in the ARA Mentor Program, and I appreciate that opportunity. I really believe in mentorship, so I’m grateful not only to be part of the inaugural cohort but also for the opportunity to learn from all my mentors,” Allen says. “I want to grow my business to a point where customers I have worked with who have moved on to other projects call me not because they need to meet a veteran-owned business goal, but because they say, ‘I need a reliable partner — let me give Tim a call. It’s a dependable company, Tim’s going to do what he says, show up on time, have fair pricing and we can rely on him.’”