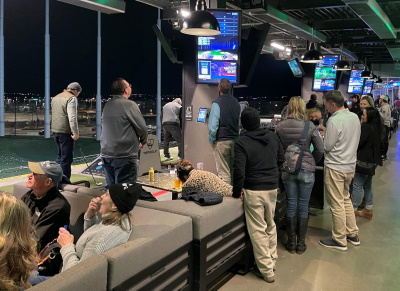 Frigid temps and a new location didn’t hamper the fun at the ARA of Colorado’s annual holiday party Dec. 14. By all accounts, it was a huge success.

“It was fantastic,” says Matt Gershaw, general manager, All Seasons Rent-All, Greenwood Village, Colo. “When they announced they were changing the location from Dave & Buster’s to Topgolf in December, I was pretty worried about it because it gets cold in December. The night of the party it was 18 degrees, but the Topgolf folks had a lot of great heaters. I had four layers on, but as the evening progressed I kept shedding some of my layers of clothing.”

Gershaw, who took nine of his team members to the gathering, said the place was packed. “There was a huge turnout, more than normal, which was great. We had tons of fun. It was wonderful to see everyone from the industry, whether vendors or other store owners and staff,” he says.

Tricia Steinbock, owner, Best Event Rentals, Fort Collins, Colo., couldn’t agree more. “We had a lot of fun. We open it up to everyone on our team. This year we had five from our store attend. I am not a golfer. I did try it, but I wasn’t any good. Even so, I had a great time. We go to the holiday event every year. For us it is an end-of-the-year celebration — a time for all of us to get together, relax and get to know people on a different level. Our new employees get to see others from different stores and have a chance to see how big this industry is. Sometimes they don’t realize that when they are just working at our business,” she says, adding that she is “very grateful to the ARA of Colorado board who put this together for us.”

Bob Garrett, co-owner, Colorado’s Rental Team, Granby, Colo., also loved the new venue. “I had never been to Topgolf before. It was great,” he says. 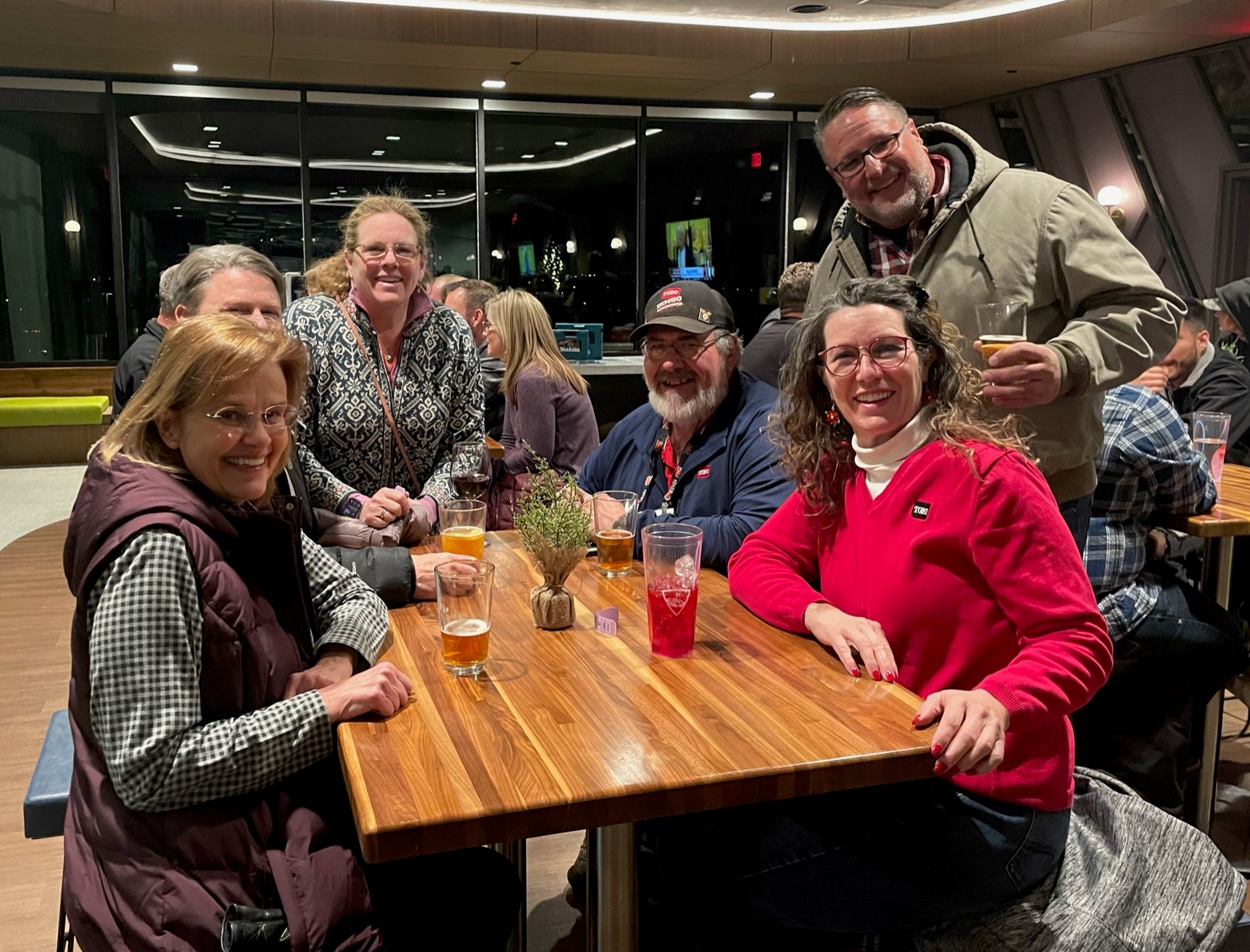 Even though Garrett would not consider himself a golfer, he “did pretty well,” he says. “I got a hole-in-one. That was one out of 18 shots. The other 17 are somewhere out there,” he says with a laugh.

Like the others, Garrett enjoyed connecting with his team outside of work, seeing old friends and meeting new people. “It was a nice way to do something with our team that wasn’t work-related, and it was a great way to catch up with everyone in the industry. I liked the fact that we had quite a good turnout of local vendors as well. It is always good to see them, giving us an opportunity to reconnect, especially since we are a new business,” he says.

Jeff Jackson, president, All Purpose Rental & Sales, Greeley, Colo., and ARA of Colorado president, was thrilled with how the event turned out. “We had close to 100 people show up. Everyone seemed to have a great time. The food was really good, the golfing was fun and we had wonderful door prizes, including our grand prize from TireSocks, which was a Yeti cooler with all kinds of swag. Brian Galvin from Arvada Rent-Alls won that one. Our other vendors — ARA Insurance, L.L. Johnson Distributing Co., DITEQ Corp., Continental Divide Marketing, The Toro Co., Genie, Multiquip and Makita USA — gave great door prizes, too. The ARA of Colorado also offered items for the raffle. The crowd really appreciated all the door prizes. Many went home with one,” he says.

In addition to the prize drawings, a golfing trophy was given to the person with the highest overall top score. “Travis Busse, co-owner of Colorado’s Rental Team in Granby, took the honors,” Jackson says. “He had a great night and now has a trophy for some bragging rights.”

Busse was completely stunned by his win. “I had a score of 278. I usually don’t golf that well. It shocked me and everyone else on my team. I am usually right in the middle of the pack. Now I have to come back next year, if they hold the party at Topgolf again, and defend my title,” he says with a laugh.

All interviewed say they can’t wait until next year. Gershaw summed it up this way: “It was a nice change of pace. We always have liked going to Dave & Buster’s, but this was a good change-up for sure. I would definitely go again.”