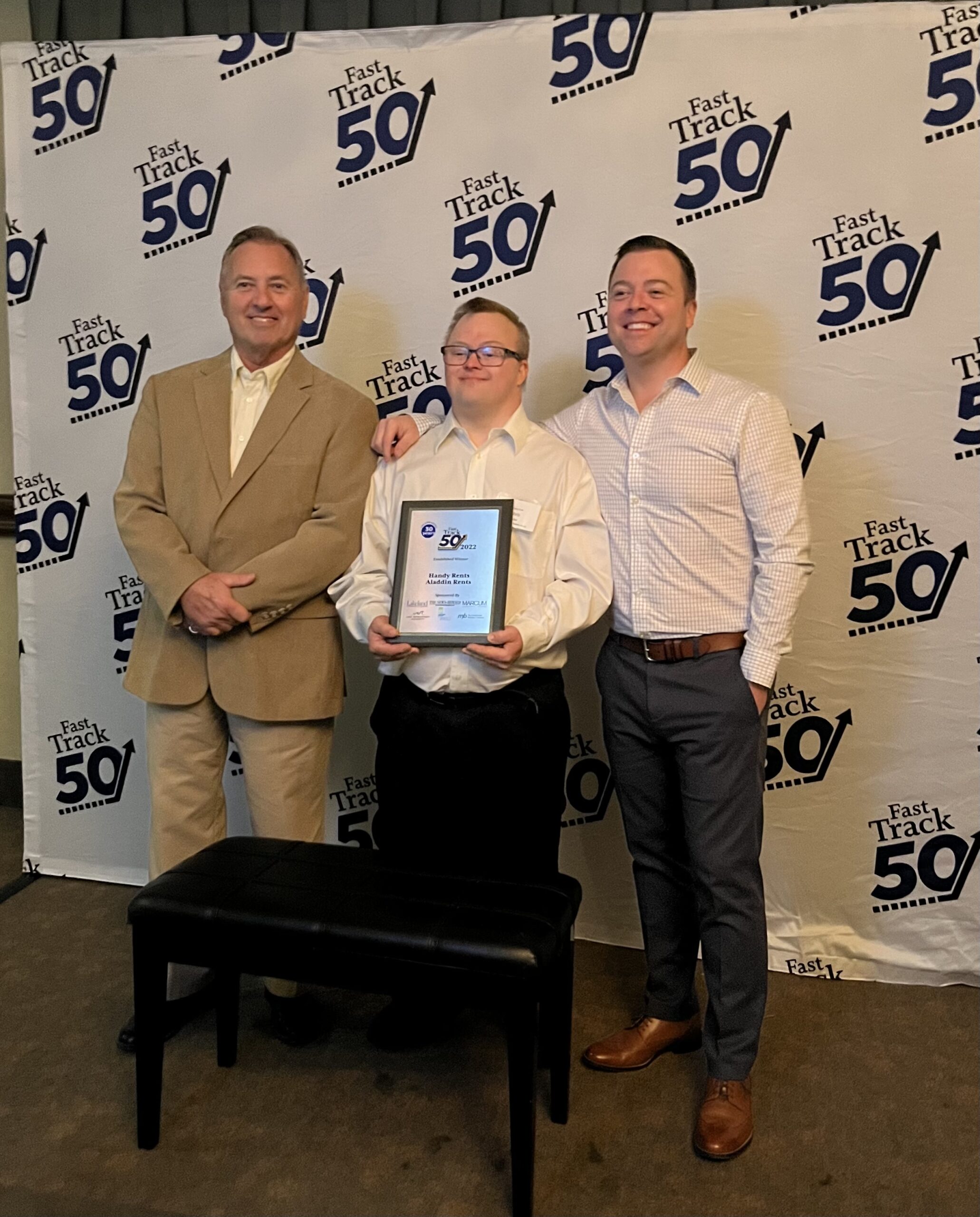 In 1972, Mike Miller was just out of high school and needed a job to pay for college. A friend told him about Handy Rents, an Ohio rental operation that was looking for help. Although Miller knew nothing about rental, he was hired and quickly learned all about the business. Now, 50 years later, Mike, president of the company, and his son, Patrick, vice president and general manager, have grown the original single-store operation to nine locations, with no doubt more stores in their future.

The Handy Rents journey started in 1963 in Euclid, Ohio. Begun as a United Rent-All franchise, it originally offered half-party and half-homeowner rentals. “It started with one owner who then took on a partner several years later. Everything I learned back then was kind of self-taught as both owners had other jobs and would not come into the store until about 3 in the afternoon,” Mike says.

For Mike, the focus was always on growth. “It was important for me to see annual increases in rental contracts, growth in revenue and return on investment,” he says.

By 1983, the owners had lost their lease on the building and decided to close. At that time, Mike, who had been working 60 hours a week and had finished college after 10 years of taking classes primarily at night, was laid off.

“I began looking for another job when my wife, Terrie, and I had a conversation about us buying the business. Terrie knew that I had always wanted to own my own business. With the help of her mother’s CD and my father’s second mortgage on his home, I was able to borrow the money for the initial $20,000 down payment. My wife and I had one child and she was expecting Patrick. The day we signed the papers to transfer the business to us I came home and that night Patrick was born,” Mike says.

Taking that as a sign of good fortune, Mike and Terrie set forth as the new owners of Handy Rents in a new location, not too far from the original store. “We were still about 50/50 homeowner and party, but we invested in equipment for contractors. We kept investing and reinvesting. That is how we were going to grow,” he says.

By 1987, Mike wanted to elevate the event side of the business with a distinct brand and name. That crystalized after he and his wife flew to Las Vegas for a much-deserved break. “We stayed at the new Aladdin Hotel. Back then it was important to be in the Yellow Pages. I had been thinking about a new name for that part of the business. We wanted a name to begin with A, B or C because we wanted to be near the top of the Yellow Pages listing. As I was walking around this beautiful casino, it popped into my head: Aladdin Rents for Special Events. I took the idea to a friend, asking him to design a logo with the name in a specific style of script that would show excitement. We incorporated the genie lamp and cloud from the former travel agency that Terrie’s mother had started and later sold,” he says.

Throughout the years, both Handy Rents and Aladdin Rents continued to grow. “I went to school to learn how to analyze and invest properly. This is my calling and right up my alley,” Mike says, adding that with every consideration, whether that was to invest in trailers or a new location, he looked at the data to see what the best move was for both the company and his customers.

Aladdin Rents, which had expanded its inventory to cover everything from backyard events and weddings to corporate and nonprofit events as well as large festivals, moved to its own location in 1993. Handy Rents continued to expand with more locations, either through building new properties or acquisition. In 2005, the Millers moved their headquarters along with Aladdin Rents to a 47,000-sq.-ft. building in Eastlake, Ohio, which remains their home base. 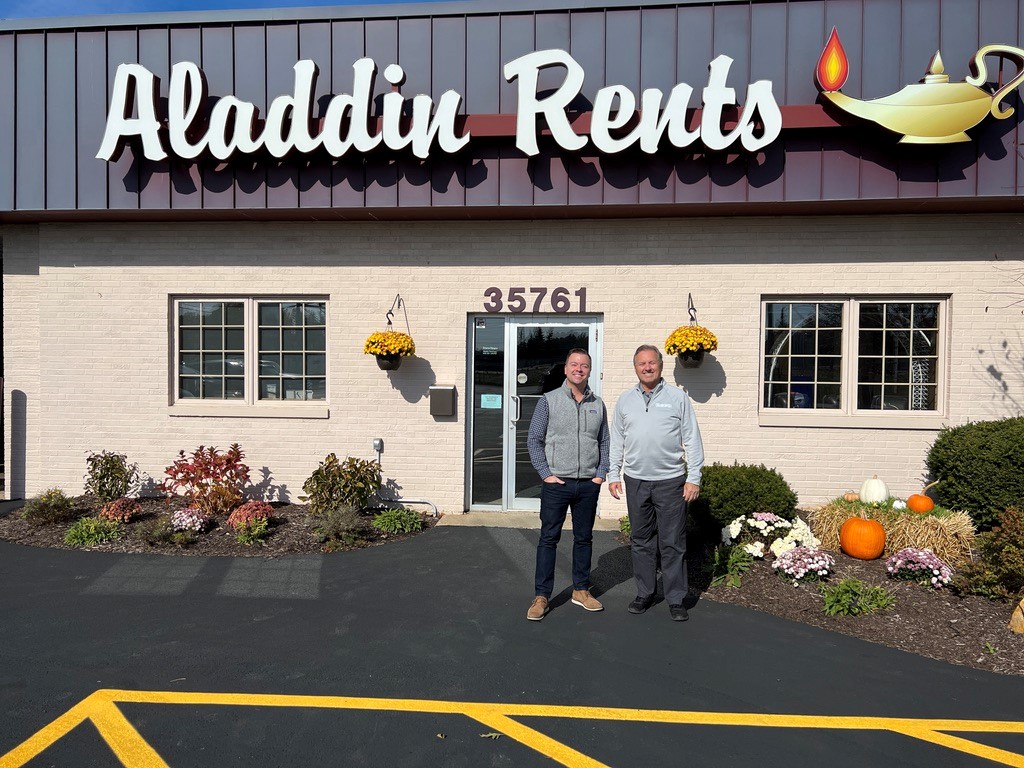 Patrick came on board in 2006. “I always knew I wanted to be in the industry because I saw how hard my father worked. I had a lot of respect for that and I thought I could add some value — and I wanted to learn. I graduated from college on Saturday, May 6, 2006, and started at the business at 8 a.m. Monday, May 8,” he says.

Initially working in the office, his duties eventually evolved to where he now helps oversee the day-to-day running of the operation.

Despite the 2008-2009 recession, the company continued to grow at a steady pace with a total of 12 locations throughout Ohio, including the 2010 purchase of Parties To-Go in Sheffield. “My motto always has been to give the customer what they want and need, when they need it and where they need it. Having multiple locations, we can accomplish that,” Mike says.

Then the pandemic hit. “The party business was decimated. It was tough, and at the end we decided not to bring back our event store in Sheffield, but we kept the staff. On the flip side, our tool rental business really took off,” Patrick says, adding that during that time they were able to grow the company on the tool side and sustain that growth.

Besides closing one event store, they also “closed another location and sold a True Value Hardware store in Brunswick, Ohio. Now we have nine locations, with one being a repair center, and we are doing more business. Things are good now. We keep reinvesting and feel we are well-positioned for continued success,” he says.

They were able to keep everyone informed during the height of the pandemic, thanks to Patrick’s prior technology investment in Microsoft Teams for virtual meetings and a phone system that allowed many to work from home. 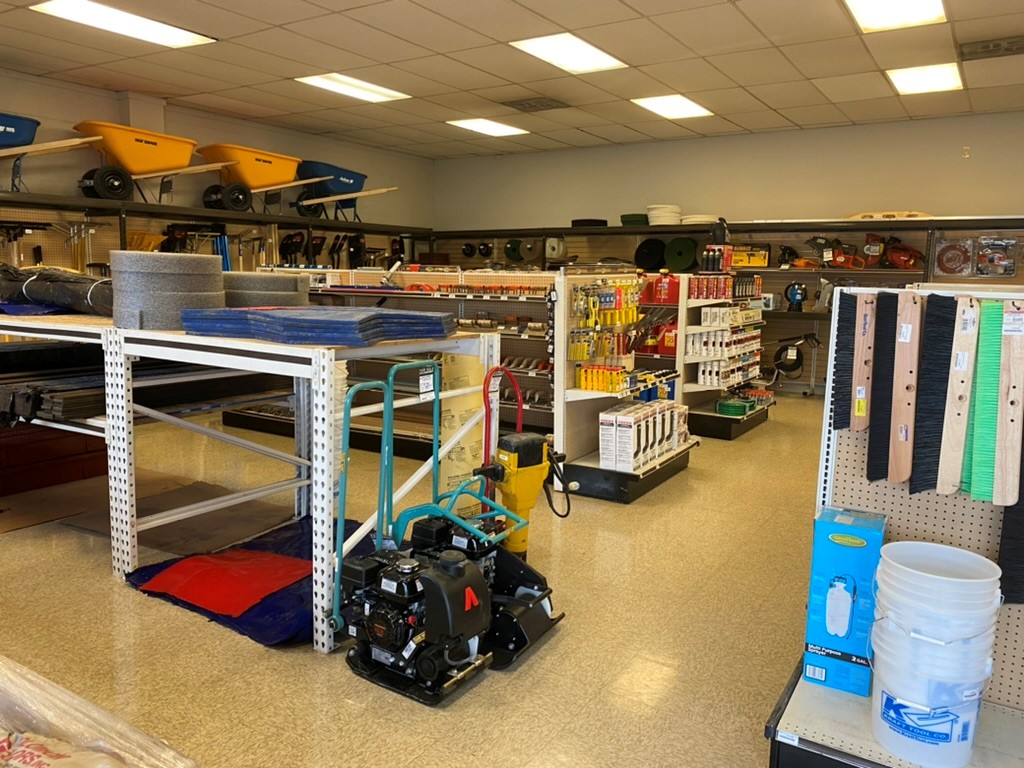 “That helped a lot. With just a couple of mouse clicks, we were able to adapt. I am very thankful we invested in this technology ahead of the pandemic as it allowed us to connect, collaborate and communicate,” he says.

Despite the challenges, the company’s growth rate has continued to soar. By 2021, the company’s revenue had jumped 20.2 percent over the same period in 2019, garnering them recognition as one of the “Market Movers” in the June 2022 issue of Rental Management.

“That meant a lot to Patrick and me,” Mike says. “The time of measurement covered some of the pandemic when it felt like we had a huge weight on our shoulders. We were able to focus on a strategy of less is more regarding locations. We attribute our growth to focusing on a great staff and continued reinvestment in the areas that needed it most, where the return on investment made the most impact. Together, with our management team, we came up with a plan to focus on the equipment side, both in rentals and sales of used equipment, and tried to manage expenses. We really leaned on our great staff to help pull us through these challenging times.”

Patrick agrees, saying that they got through the pandemic as they have other difficult times by “having meetings with the leadership team on a regular basis to better understand the voice of our customers and by examining data points, such as transactions and reservations. We have learned through the past recession and other times that we don’t wait to cut back. If we feel it is coming, we trust our gut on these situations. Now, with inflation affecting everything, we make sure we are getting the margin we need, the return on investment on our equipment and that we are keeping up with rates. We need to constantly stay ahead of potential industry disruptors and be in communication with all our teams and departments,” he says.

Despite the inevitable challenges, the Millers can’t see themselves in any other business.

“There is something that is different every day in this business,” Patrick says. “It is a fun business to be involved in. I also feel like we do a good job for a family-owned business, that we are very professional. There is obviously room for improvement, but we like servicing our customers, building relationships with our customers and helping them continue to grow their businesses as we grow alongside of them. And on the event side, when you see the end result, such as 80 to 100 tents up at a festival, it’s very rewarding. All of that is really fantastic.” 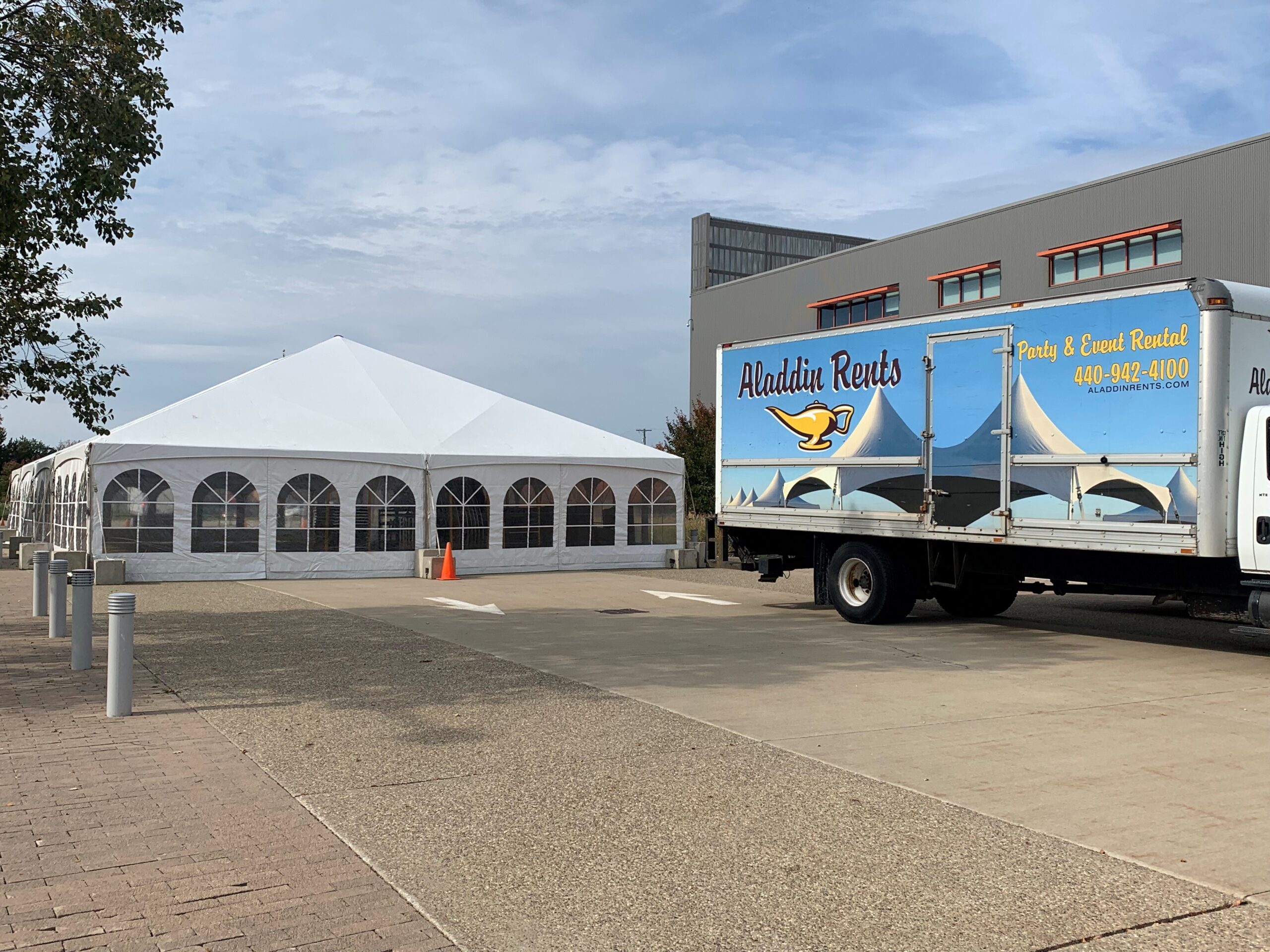 “Of course the motivation is to make the most profit that the company can as profits will lead to better compensation for employees as well as shareholders and allow us to buy the needed items on a timely basis when they are available and to buy service, delivery and rental trucks as necessary,” Mike says. “But the satisfaction comes from building a company full of great employees who have a 401k and other great benefits package and longevity at the company. The goal is to keep the company on a strong path to survive the bad times and thrive in the good economic times. To be a part of building a company, along with our employees, taking the good with the not so good is all we could ask for. We work on the business and in the business. We enjoy the company of our employees and are very thankful for every one of them, past and present,” he says.

Next year marks the company’s 60th anniversary, and there will be no resting on past laurels.

“We plan to stay ahead of the curve and keep growing, planning to improve in employee retention and hiring, marketing, benchmarking, customer retention and satisfaction, facility upgrades, training and other support services,” Mike says. “We have identified areas needing improvement and are developing plans to address each one. Overcoming challenges is one of the greatest rewards that a company can achieve. This might be the most satisfying thing about our business and the rental business as a whole.”