For years Crested Butte, Colo., has been known for its exhilarating ski slopes in the majestic Rocky Mountains during the winter as well as its numerous mountain bike trails and beautiful wildflowers in the summer, earning it the title of “Wildflower Capital of the World.” Today, with the assistance of Alpenglow Events, it also has become a key wedding destination spot and perfect location for area nonprofit events — a niche market that continues to grow for this small rental operation.

Stephanie Ames, events manager for Alpenglow Events, was quoted in that issue as saying, “Although we seem small, $300,000 for 2021 is huge revenue for a town with a population of just 2,500 people.”

That is pretty amazing since it just opened the doors in 2018 after a friend of Ames decided to purchase an event rental business from another friend of hers. Ames, who was a volunteer firefighter and emergency medical technician before doing event planning for the Center for the Arts in Crested Butte and a few weddings on the side, was suggested to the buyer of the business as the go-to person “because she will know what to do,” according to the friend who was selling the business. That is how Ames’ rental career took off.

“I had never done event rentals before, but I jumped right into it and learned all about tents — more than you would ever want to know — and event rentals,” she says. Shortly thereafter, Ames expanded her duties to event planning in addition to the actual rentals.

That has turned out to be a successful combination as Ames not only handles the day-to-day of the operation but also creates the wedding planning packages and handles planning for weddings and assists nonprofits with event planning logistics, primarily during the company’s peak rental time, which is between June 1 and Sept. 30. 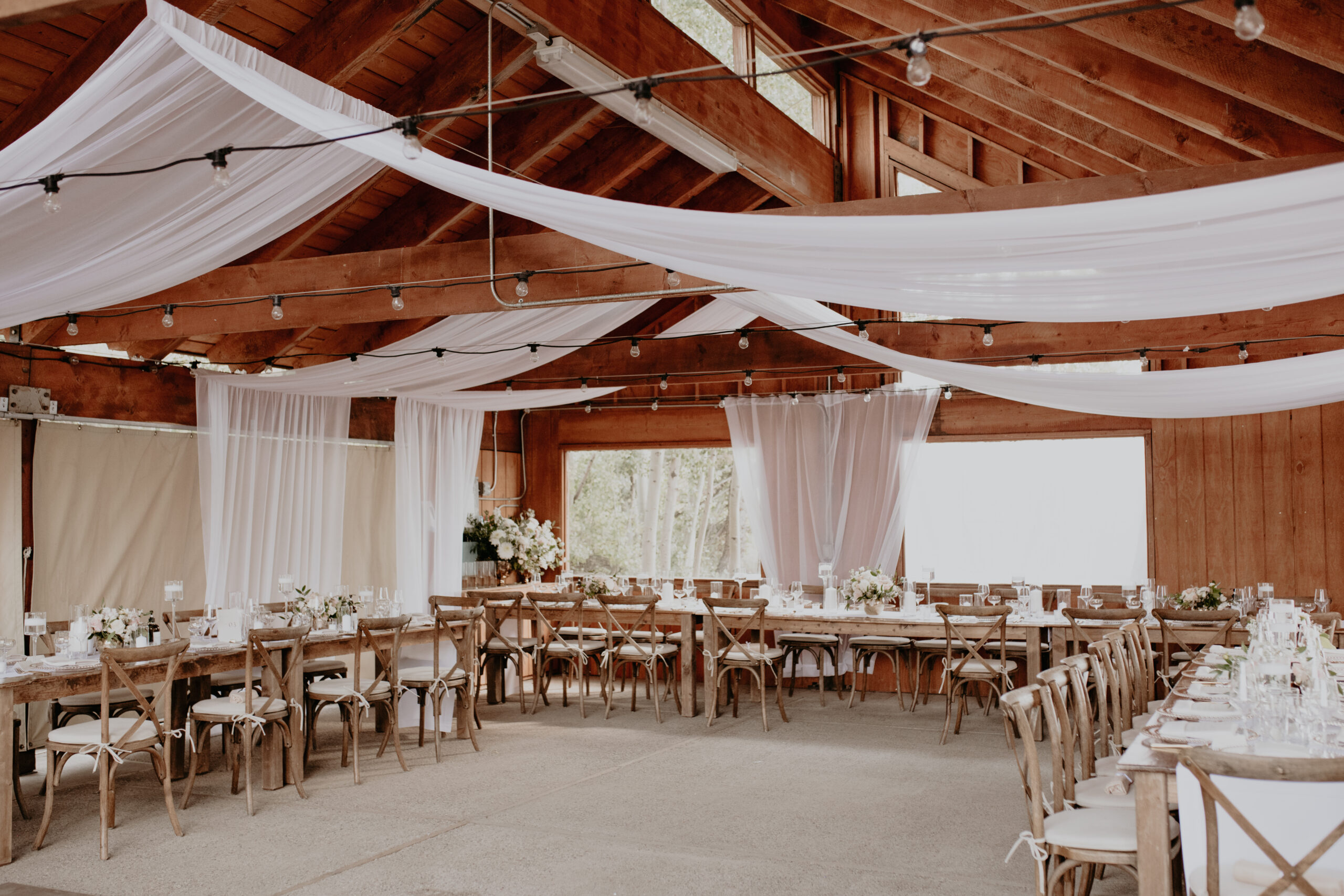 The company was just establishing a solid clientele when the COVID-19 pandemic hit. Like other event rental operations, “most everyone we had booked postponed to the next year,” Ames says, adding that the company didn’t qualify for any government assistance. “We tried to get creative. Everyone was talking with each other. I was talking with the other rental companies in town. We were talking with the caterers. We also have a wedding council in Crested Butte, so there were a lot of discussions among members and lots of collaborating.”

Once health regulations allowed, “we did a lot of modifications of what we could and couldn’t do. We were flexible with our contracts. Whereas our contract originally said that you could not reduce items but only add, in this instance we realized that as people modified the size of their weddings, a person didn’t need a hexagon tent when there were only going to be 40 people at the event,” she says.

Business continued to pick up. “I think it helped when the Colorado governor said, ‘Safer at home and in the vast, great outdoors,’ so people started flocking to mountain towns to get away from the city of Denver,” she says.

Ames attributes the record growth rate to a number of things. “For one, we added new inventory, including a Sailcloth tent. We also added new higher-end inventory, such as distinctive farm tables and cross back chairs. We tried to look at what the market was looking for, including seeing what was available at The ARA Show™, and adding those items,” she says. 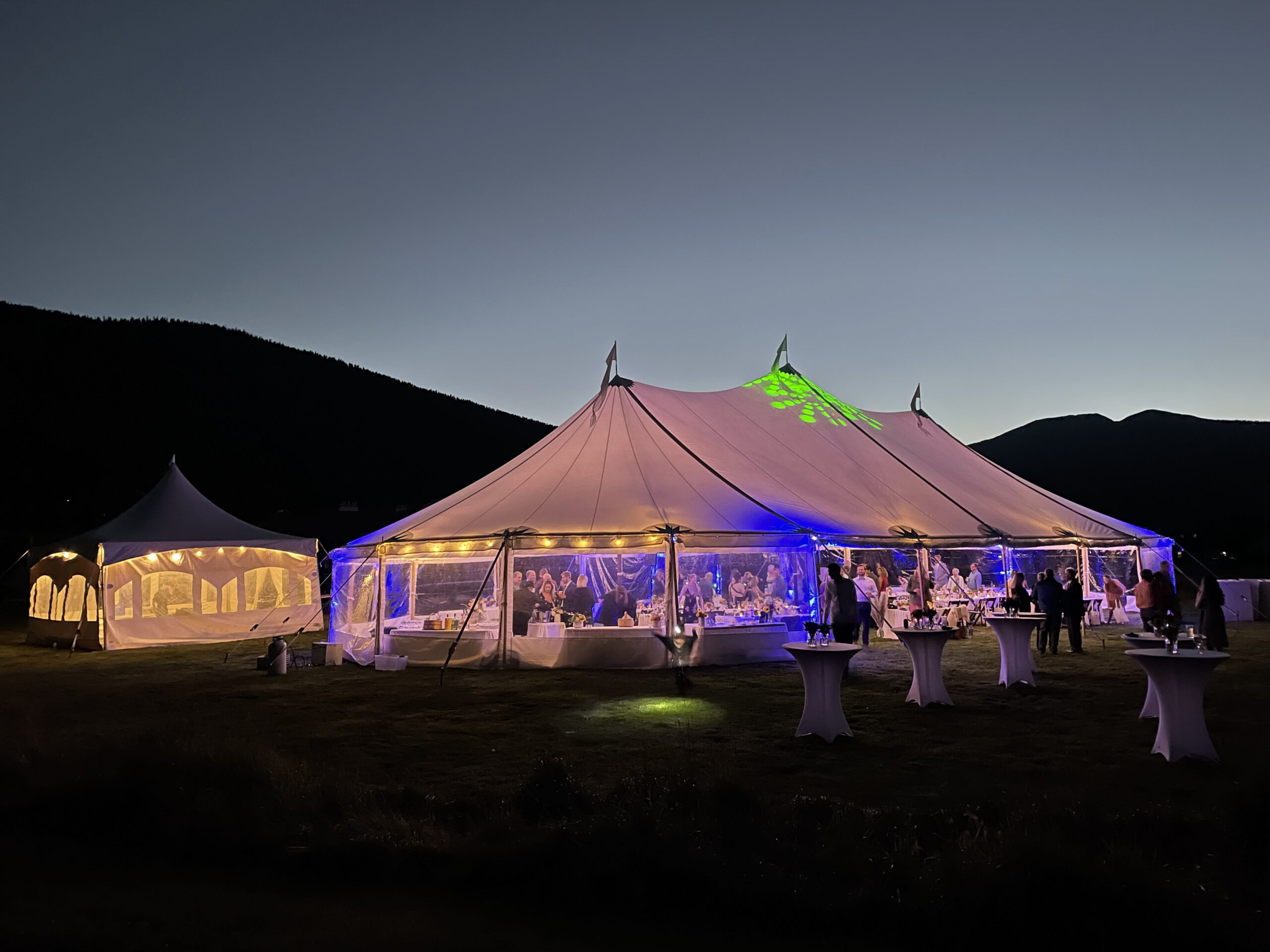 “In addition to that, I think it was how the economy was working. We were coming out of COVID and everyone was excited to have a party. We saw that weddings before COVID were around 100 people. After the worst of COVID, weddings were averaging 150 to 200 people, much bigger than we had ever seen. Nonprofits’ events started coming back bigger and stronger than what we were seeing — going up to 200 to 250 people per event. People were excited about getting out. We also worked hard to establish new partnerships with nonprofits, which strengthened that sector of our business,” Ames says.

On the wedding side, Ames regularly deals with event and wedding planners as well as directly with brides. “Our brides travel here from almost everywhere. We typically have a lot of brides come from the Denver area. I have had brides come from Texas, Florida and have a bride coming from Alabama this year. I have not had any international brides yet, but I think that is coming,” she says.

Ames gets the word out via social media, local and national event websites and through word of mouth. “Every year we revamp our website — add new photos and new content. We put all our inventory online. We also try to up our game on Instagram as it is really effective. We are on local event websites as well as national ones, such as the TheKnot.com and WeddingWire.com. Word of mouth is important. Most of our planning gets booked through word of mouth,” she says. 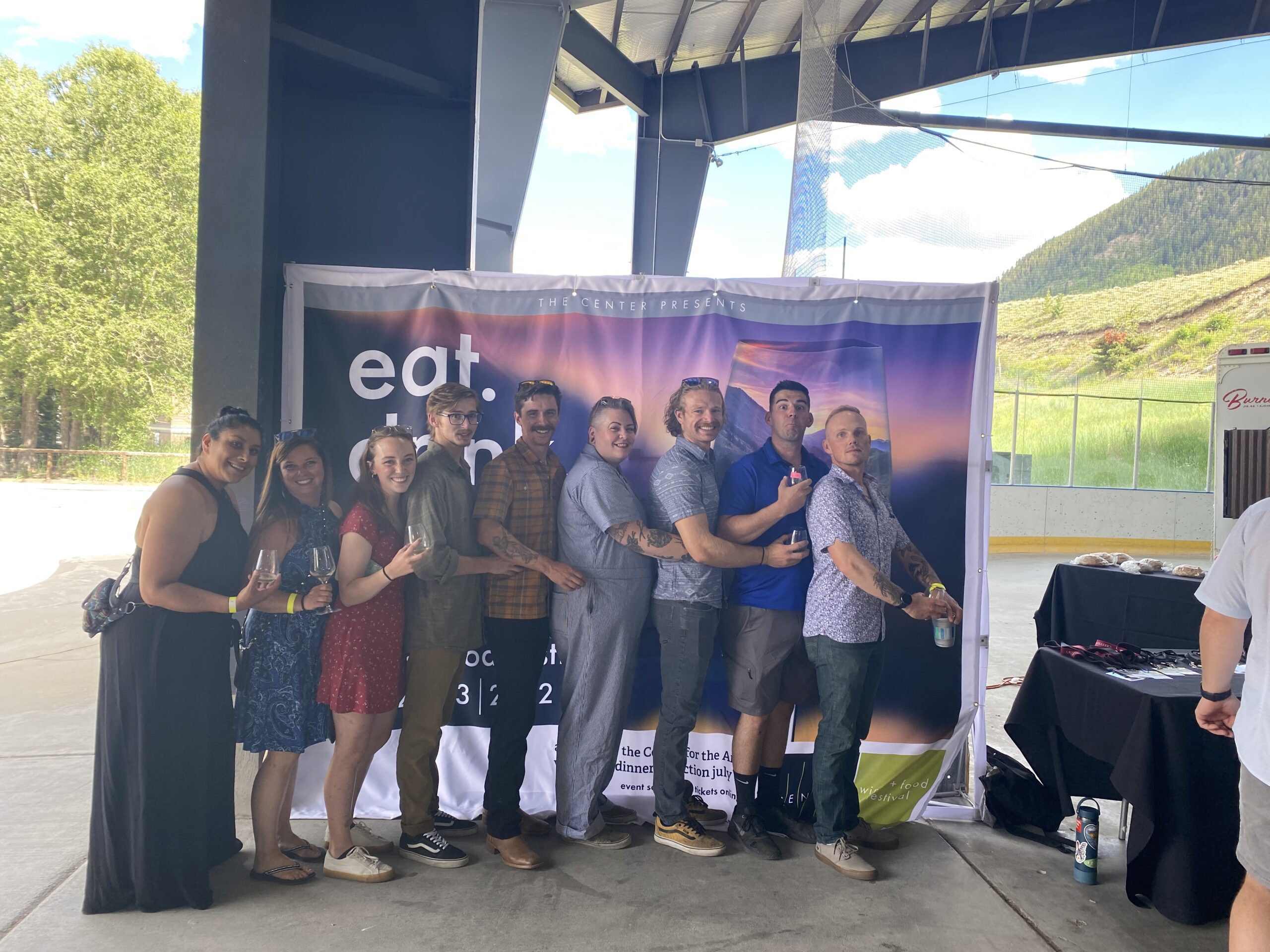 The Alpenglow Events team at a fundraiser

Those efforts have paid off. “I am fully booked for planning for 2023.  As far as tents, people started booking tent rentals early because they were nervous. That was a challenge to deal with during the busy time of summer. Normally I don’t see the influx of rental inquiries until fall and winter. Last year inquiries were coming in left and right and we were still in our busy time trying to put up tents. That was an interesting balance in trying to figure that out,” Ames says, adding that they implemented minimum orders for delivery and brought another person on during the summer to the nearly 14 seasonal staff.

While it has been pretty hectic and challenging, Ames says it is all worth it “when the customer is happy and the bride gives you big hugs on her wedding day and/or the planners give you hugs. That is amazing and so rewarding.”