Linens are a key inventory item for almost every event rental company. “It is definitely the ‘sexy side’ of the business,” says Gary Halperin, president and chief operating officer, Party Rental, Teterboro, N.J., who serves on the American Rental Association’s (ARA) Large Event Rental Company Council. “People get very excited about their linens from that vantage point. For some people it’s a game-changer.”

Having those linens available is one thing. Processing them correctly to make sure they are spotless and ready for the next rental is another. Linen processing is a time-consuming and labor-intensive aspect of the business. Because of that, some rental operations outsource their linen processing to larger operations or professional laundry companies. Others have brought it in-house to control costs, turnaround time and quality.

Deciding which direction to go depends on many factors. To help, this series of stories looks at what is required to have a successful linen processing system in-house, what are the key questions to ask if looking for an outside vendor to process linens, a rental operator’s perspective on beginning an in-house linen processing system and viewpoints from rental veterans who have successfully integrated this process in their businesses.

The processing of linens is not a small feat. It’s not like washing a garment in a home washer and dryer. Successfully processing linen requires a serious investment in professional-grade equipment, the right processes and people who are dedicated to the end result. 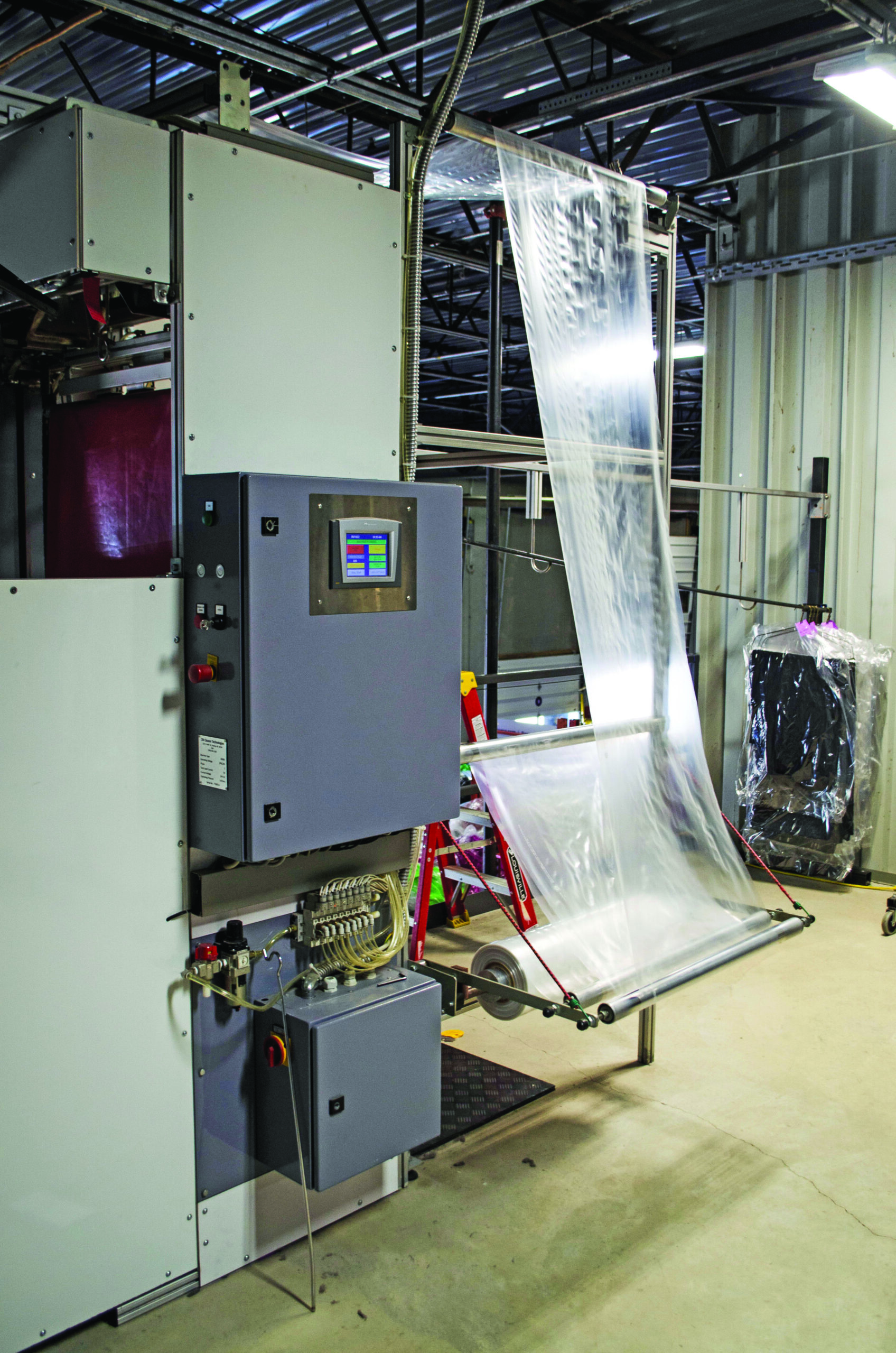 Jason Davis, general manager, Signature Party Rentals, Santa Ana, Calif., knows the importance of having programmable washers. “We have about 30 different cleaning cycles. It is different for silks than it is for polys, Irish linen, 100 percent cotton and different delicate fabrics. They all get washed differently,” Davis says.

With programmable washers, “you need to have an industrial sewage and plumbing system that allows you to dump a lot of water at one time,” Shipp adds.

Another key element for those washers is hot water, when you need it, according to Kurt Wickiser, executive vice president, and Ken Chambless, education/training manager, Seitz, The Fresher Co., a German-based chemical company that makes products for textile care and surface cleaning. Its U.S. base is in Tampa, Fla.

“A key mistake is underestimating the need for adequate hot water and the capacity,” Chambless says. “Some of our customers don’t know how much hot water they will need to process 500 linens a day. It is a lot. You not only have to have the ability to get the temperature, but you also have to have capacity to store it, so it is readily available when those washers need the hot water. You don’t want to wait for it.”

“The hotter the water, the better the chemicals will work and get into the fabric and remove the stains,” Shipp says. “Industrial laundry operations and many rental operations have boilers and a large, 500- to 1,000-gal. water tank.”

Industrial-type dryers also are required. “They are usually gas-fired,” Shipp says. “They use natural gas to produce the heat you need to dry items in a normal amount of time. Otherwise, you get a bottleneck with
your dryers.”

In addition, an ironer is needed. Many times, linens will go directly from the washer to the ironer. John Bibbo, CERP, president, Event Source, Cleveland, and Panache Events and So Cool Events, Pompano Beach, Fla., says his company has 80,000 pieces of linen in-stock with more than 400 options and processes about 6,000 pieces per week during the busy season. In his company’s 35 years of processing linens, he is now on his fourth ironer and has recently purchased a folder for the back of the ironer.

“Every time we dramatically change the size and output,” says Bibbo, who is a member of ARA’s Event Rental Advocacy Work Group. “The first one we had was a 12-in. wheel that the linen went around. That turned several times to finish one piece of fabric. It takes more energy, more heat and it is not as fast as the next one, which had a 24-in. wheel. Now we are at a 54-in. wheel, so it’s huge. The ironer is set at 300 degrees. It’s one roll through and the cloth is done.”

In terms of processes, Wickiser says there are four factors involved in getting acceptable results.

“There is time, temperature, mechanical action and chemistry. It’s all about rewash. You need to minimize that as much as you can. Every time you have to rewash a linen, it is that much more labor, that much more time and more additional utilities to run the machines again. Some people will have 40 percent rewash and think that is OK, that it is normal. It shouldn’t be because then they are losing money. Instead of having an eight-hour day of processing, now they are processing 16 hours because it is doubling their day,” Wickiser says.

The problem is that some spots, particularly grease, “can’t be seen on the linen until it is dried on that ironer,” Chambless adds. “You feed it through the ironer and see these grease spots. You have completed the entire task, except folding it and putting it on a hangar, and you have to repeat the entire process. That is a killer in productivity and money.”

Seitz offers the chemicals and the training. “We also install dispensing systems to dispense the products and we program their washers to get it, so we have a lot of technical advancements that we do for them. We attach the dispensing systems to the washers. We wire it into the washers. We program the washers to clean the type of linen that they have in their inventory. From there, we train their staff on what programs wash what type of linen. We have to be able to manage that for them and train them how to do that, so they don’t damage the linen that their owners have purchased,” Chambless says.

The value of the relationship between the chemical supplier and the rental operator cannot be overstated, Davis notes.

“Our chemical supplier is a regional company. Our local rep is in here a lot. I am in his cellphone and he is in mine. He knows how important this is as we store about 82,000 individual linens and process about 1,500 linens in a single shift,” he says.

About eight years ago, Davis had an issue with very tiny rust-like spots. “We couldn’t figure it out. It was super-inconsistent. My rep worked on this for a long time. With the help of his entire team, he finally
came back and found a stain remover for this problem. It saved us thousands of dollars with product we would have had to dispose of,” he says, adding that “if you can’t get those stains out, you will burn through your linens at a rate that is unsustainable. You have to be able to remove those stains.”

Besides working closely with a chemical supplier, implementing the right flow and turnaround is just as critical. 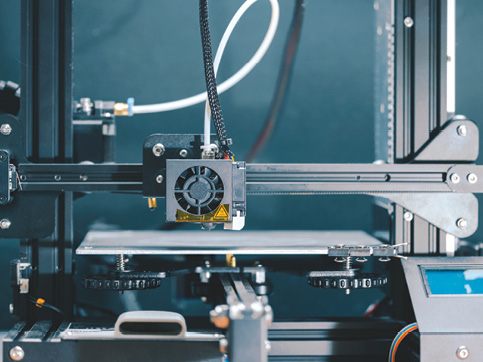 “Flow was super-important for us,” Davis says. “From coming off the truck dirty and being sorted to being washed, staged and ironed, then processed on the back end — hung on a hanger, bagged and stored on the rack — and, finally, pulled from the rack and prepped for an order. The circle of the laundry life was super-important to me. We spent a lot of time thinking about it — involving the operations manager, myself, the owners and the laundry supervisor and her team. We have people with more than 20 years of experience in our laundry. They have a really good idea of what does and doesn’t work. That is where we started. Every time we scale up, our thought is how to be more efficient and maximize our people’s time, our equipment and how to not just throw more labor at it but think it through.”

That flow can expedite turnaround. “From the time we pick it up, typically we offload most of the stuff that night. Our laundry is offloaded in the primary warehouse and all night we are offloading. Then at the end of the night we take that truckload and drop it at the laundry building so that when our team arrives at 6 or 7 in the morning, they have an entire truck to begin offloading and processing. Typically, when that cloth hits the laundry it’s probably not in the laundry for more than 48 hours,” Halperin says, adding that his operation, which has more than 150,000 linens on the shelf, processes seven days a week during the busy season, averaging 3,000 pieces a day.

Effectively managing that flow and turnaround means having good staff who are well-trained on the linen processing system.

“If you are going to do it, you really need to hire a manager who knows what they’re doing from that perspective. It’s not something you look at the manual and tinker with. You will need a laundry professional because at the end of the day there are a lot of mechanics involved and there’s a lot of trial and error with chemicals and heat. There is a tremendous amount that goes on in getting it right. Having that professional rather than learning on the job is definitely a requirement,” Halperin says.

“You’ve got to have good people,” Bibbo says. “We have a linen manager who handles everything. Then you need a manager on the ironer who oversees the processing speed. We have tracking software on the machine. There are days you can do 600 linens a day and days you can do 1,000 linens a day. In an eight-hour period, if you don’t monitor that, you can have a backlog. It is very important for someone to oversee that process. You also need someone to oversee the washing process to make sure we are washing enough to feed the ironer. The dock needs someone who is more knowledgeable because we get everyone’s linens back. You have to know what the fabrics are. There are a lot of specialty things going on.”

Most rental operators have their managers train new hires by teaming them with more experienced team members. “It’s the systems that are the most important part. If the systems are consistent, then you’re just training to the system as opposed to trying to recreate the wheel every time and fitting some people into the system,” Halperin says. “Once we have done that, we break the system down into smaller pieces so that people can train into those pieces easier.”

“Our training is ongoing. We can’t be stagnant in what we do. We are bringing in two to three lines of new linens every year. There is continual growth in that department. We are focused on that. Before the pandemic, we brought in six different lines — specialty lines and printed. We recently brought in a line of velvet linen. We did a training with the entire laundry team on how to process it as we don’t run velvets in the ironer. New employees also train in the buddy system, working alongside an experienced team member,” he says.