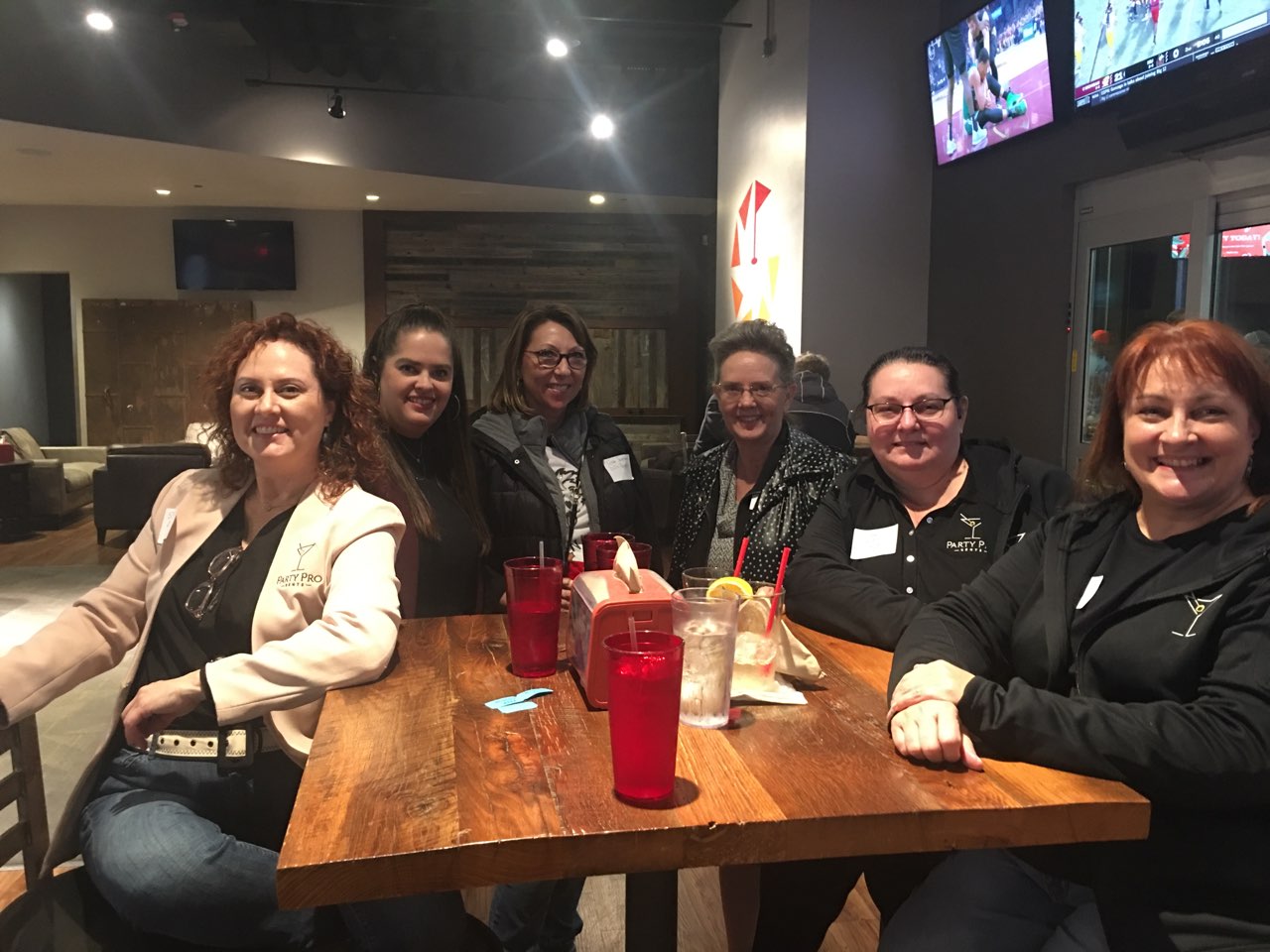 It was a night of golfing, networking, great barbecue and lots of fun for rental operators and their employees who attended the ARA of Oklahoma’s “Better Together” social event Nov. 2 at GolfSuites in Tulsa.

The event definitely struck a nerve, according to Patrick Reynolds, owner, Journey Productions, Lawton, Okla., who serves as ARA of Oklahoma president. “We had 50 people attend — a good mix of equipment and event rental companies. Traditionally we have offered educational meetings during the day. The purpose of this event was purely social. We wanted to offer some time to meet our members and provide the opportunity for companies to bring their employees together for a fun, social time,” he says.

Charles Hewett, president, ABC Equipment Rental, Tulsa, did just that. “We had about nine people from my staff, including some of their family members, take part. It was a great bonding experience for me and my team. I also had the opportunity to connect with peers who I haven’t seen in a long time and meet some new people too. Everyone was relaxed and had a good time,” he says.

Besides the networking aspect, Hewett enjoyed the barbecue and admits that he fared pretty well in the golfing portion. “I did OK on the golfing. My team was focused on hitting the ball as far as we could. We didn’t care about anything else. We were there just to have fun,” he adds.

“I am not a golfer, so this was a whole new experience for me,” Reynolds says. He didn’t let that get in the way of having a great time. “I got busy visiting with people — was even able to meet with some new people who were interested in learning more about our state chapter. Between that and enjoying some wonderful food, the time flew by,” he says. 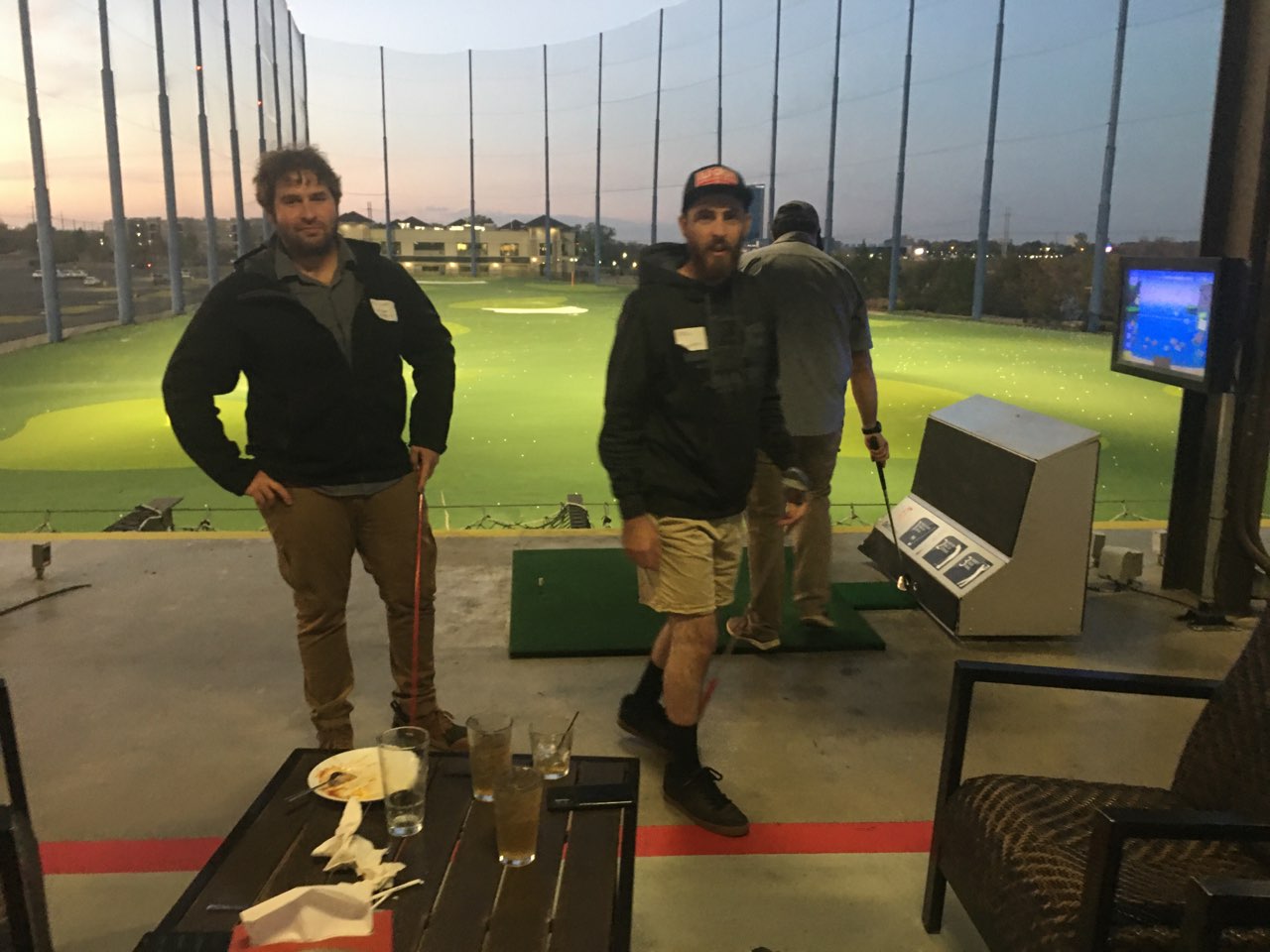 “This was the was first ARA of Oklahoma event I have been to. I heard it would be a good opportunity to meet others in the same line of work as me, and it was. It was awesome. We had a lot of fun interacting with a bunch of other people. I had the chance to meet with folks from ABC Equipment Rental. It was great to talk with them, find out about their experiences and learn about their company,” says Qualls, who attended with three of his colleagues.

Golfing was another “first” for Qualls. “This was the first time in my life to hit a golf ball. It was awesome — really cool,” he says.

He, like Reynolds, enjoyed the barbecue buffet too. “It was amazing,” Qualls says.

At the end of the evening, everyone had a chance to win some great door prizes.

Two of Hewett’s team members were winners. “We had two of our newest staff members win $50 gift cards. That was a pretty good deal for the new guys and a great way to start their career at ABC Equipment Rental — going to a place where they won $50 right off the bat,” he says with a laugh.

Qualls also left a winner — his last “first” for the evening. He went home with the top door prize — the Hilti Cordless Tool Kit.

“I was really surprised. It was very exciting. I think I was beet-red and really shocked as this was the first time I have ever won anything in a raffle. I will use the drill in my house and the saw at work,” he says.