Twenty-five years ago, Isabel Galindo needed money to pay for college. She was hired as a receptionist at a local mom-and-pop event rental operation. When she took the job, she had no idea where it would lead.

“I was majoring in business in college and definitely needed to work. I answered an ad in the newspaper and met with the sales manager of a small event rental operation. I was really intrigued by what they were doing and ended up being hired. As I became more and more engaged in the business and learned more about what they were doing, I expressed interest in doing other things,” Galindo says. “About a year into the job, the manager asked if I would be interested in an inside sales position. I happily accepted.” 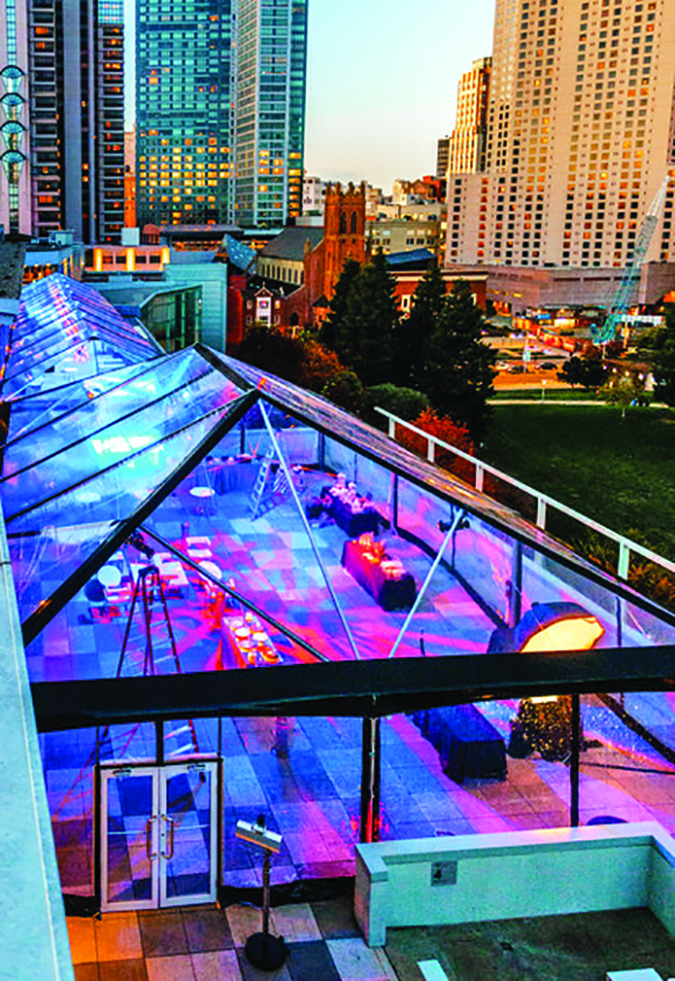 That acceptance led to learning other areas of the business. “I was a young mom of two at the time. I ended up putting school on the back burner as I really got involved in the business. I learned the operational side and was working with the dispatch team. At that time, we routed people by printing out versions of maps and highlighting the routes. This was a small operation, so everyone helped out with everything. At one time, we had a shipment of 10,000 glasses that arrived late and were due to go out the next day. We needed to perform and deliver, so I was literally washing glasses throughout the evening so we could deliver them the next morning,” Galindo says, adding that she had worked her way up to outside sales account manager by the time she left the company.

To this day, she is appreciative of the “phenomenally good mentors and leaders who took a chance on someone who had no experience in the rental industry. They took me under their wings, trained and mentored me. I was very fortunate,” she says.

Her career led to California-based Classic Party Rentals. When she started as an account executive, the event rental operation had two locations. As Classic expanded, she moved up in the company to creative director and traveled to the different locations to teach existing teams and new hires how to sell creatively. Throughout her tenure, she witnessed firsthand as the company grew into one of the largest event rental operations with more than 25 locations across the country. She continued to advance and ultimately became the director of sales for two Northern California locations.

“We produced some major events during my time at Classic — the Napa Valley Wine Auction for nearly 5,000 people, the opening of the San Francisco Symphony, etc. I also focused on the higher-end wedding — $1 million-plus — where we did a lot of custom fabrication. No two weddings were ever the same,” she says. 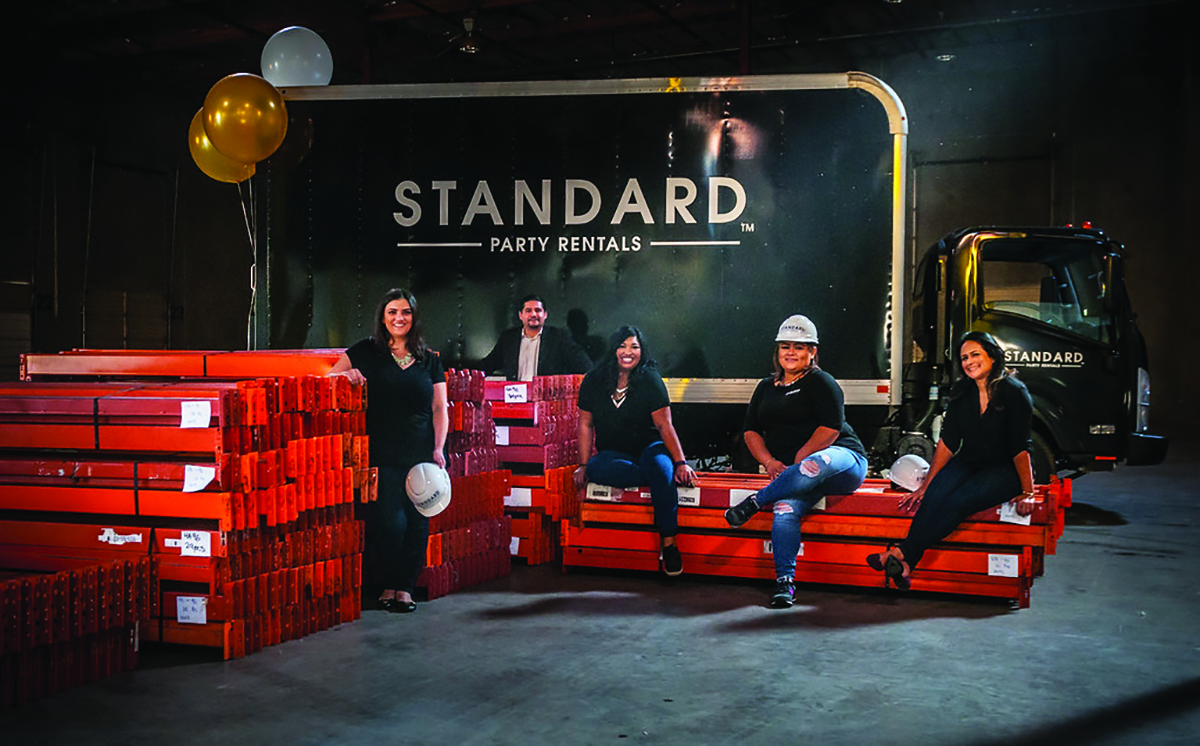 After a short break, she joined Standard Event Rentals, Richmond, Calif., in 2017. The company was a well-known regional event rental operation that “has had the privilege to collaborate and partner with talented clients to create events ranging from high-end weddings to corporate galas throughout Northern California,” Galindo says.

“I liked that it was a family-owned operation with three brothers at the helm. They have been in the business since 1984. Producing events such as Oracle OpenWorld. I liked their personal level of engagement at the local level and felt I could learn from them,” she says.

Shortly after joining the company, she successfully opened Standard’s new location in Milpitas, Calif. “It was a brand-new facility and warehouse. We were very successful, doing great things and had all new products. We were open two years before COVID-19 hit,” she says.

“We immediately realized that COVID would be long-term, so we made decisions fast,” she says. “We decided to consolidate the Richmond/Milpitas locations early. We focused and were part of the major response team — providing tents for testing and vaccine sites. That, paired with downsizing and consolidation, kept us afloat. The Modesto location stayed open the entire time. We operated as a unit — all locations together. We figured out a game plan early on, which included all teams working remotely. We offered clients virtual showroom appointments, provided contactless deliveries and will-call. We took recommendations from the Centers for Disease Control and Prevention, ARA [the American Rental Association] and any other education that we could get and put together our best practices. We took it extremely seriously from day one. We went through extra precautions. We did do some furloughs and have since brought back those who were able to return.”

Galindo admits the worst of the pandemic was “a scary time, but we utilized that time to reidentify who we wanted to be. We looked at our practices and standard operating procedures. In rental, you don’t have a downtime. We used those 12 months to strategize. We created a new website, new POS [point of sale] system and focused on where we wanted to place ourselves in the market. We opened a new location in Hayward, Calif. — a brand-new 65,000-sq.-ft. site,” says Galindo, who became the company’s vice president of sales and marketing during this time. 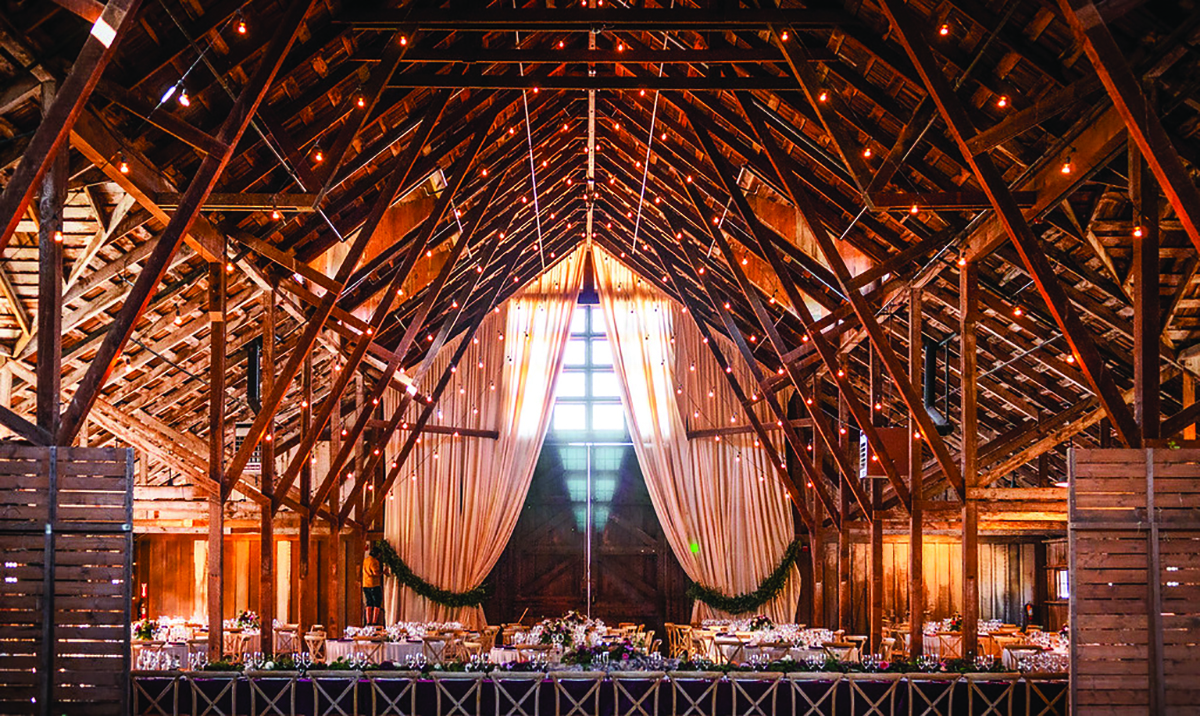 “We knew the business would come back in a big way after the worst of COVID. We just wanted to put ourselves in a position to be able to respond quickly enough. We kept our core labor, knowing that labor would be a scarce resource later,” she says, noting that business has come back with gusto. “We went from zero to 100 in a matter of months — just like others in the industry have seen. We are certainly back and thriving, which is exciting.”

The one constant in the industry is change. Over her 25-year career, Galindo has witnessed plenty. One of the biggest has been the level of detail and customization for projects.

“It used to be that you would rent a table, a pretty linen and a Chiavari chair. Now customization is so predominant. We saw it start with weddings and social events early on and then eventually moved to corporate events. I love that our clients continue to push the envelope and inspire us to be taken to the next level,” she says.

What hasn’t changed is the mindset that there always is a solution. “That has been my biggest takeaway over the years and the one I strive toward. We are so solution-oriented, knowing that where there is a will there is a way. The other important aspect that I have learned and loved most about the industry has been the relationship-building. Events can be stressful, and clients appreciate a partnership and a vendor they can trust. That is so important. We have prided ourselves that no business is too small or too big. We treat everyone with the same respect — provide the same level of service,” she says.

Galindo is grateful to have built a strong career in the industry she loves. She highly recommends it to others. “It’s a great career if you are optimistic, a forward-thinker and a solutions-oriented person. Those things go a long way. You get out what you put into the universe. I have been lucky enough to make this a lifelong career so far, and I am just enjoying the ride,” she says.