David Henderson gave so much to the industry he loved 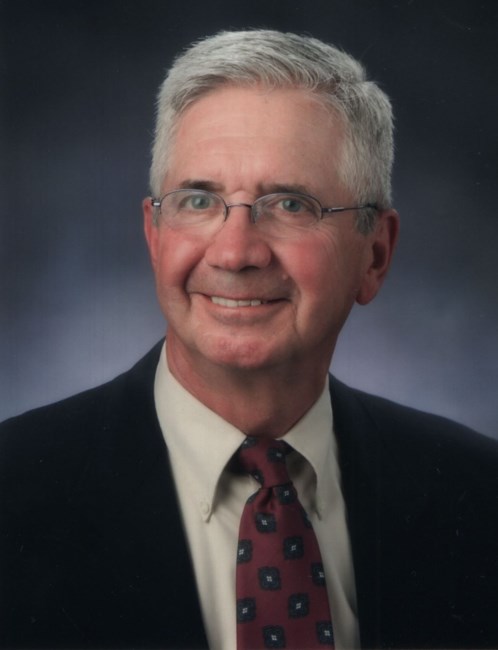 After serving in the military and then working as a tax accountant for Goodyear Corp. and its subsidiary, Motor Wheel Corp., he opened what would become AC & E Rentals in Grand Ledge, Mich., in 1986. The business later expanded with locations in Okemos and Redford, Mich., with the Redford branch closing in 2000.

Switching from corporate tax accounting to running an equipment rental operation might seem quite a leap, but it wasn’t for Henderson, according to his son, Ryan, the current owner of the business.

“My father was very mechanically inclined. He always had projects going on in the garage. He never took anything to a place to get it fixed. He was always able to fix it himself. He loved equipment and small engines. With that passion there were factors that became a driving force for him to make the move to rental business owner,” Ryan says.

An initial factor was that Motor Wheel Corp. was sold to a new owner. David had to decide whether to go back to Akron and his old job at Goodyear or stay with Motor Wheel Corp. and see whether there would continue to be a place for him. David and his wife, Jayne, decided to stay where they were.

David went to the Michigan State University library and did research on a new career. Rental seemed to be a perfect fit. He perceived a need in the area for a rental store. Besides, it would allow him to use his mechanical abilities, and, because of his knowledge of tax law, he knew there was a tax deduction on rental equipment.

“That was the opportunity. Seeing the corporate big picture — end of his career and what that might look like, his family and knowing the tax laws — all pushed him to make a move,” Ryan says.

Even before he purchased property in Grand Ledge in 1985 and officially opened Helping Hand Rental there in 1986, he and Jayne attended The ARA Show™ in 1984. He knew rental was where he needed to be and attended every show for the next 18 years.

In 1989, the AC & E Rentals store in Okemos went up for sale. “My dad bought it in August of that year. In 1994, he purchased Redford Rental from Frank Porth. Shortly thereafter, he changed the company name so all the locations were named AC & E Rentals. He didn’t purchase the property in Redford. In 2000, when the lease on the property in Redford was up, we didn’t renew it as it was so far away from our headquarters. We brought back the equipment we needed to the Lansing market and any extra we auctioned, leaving us with the two locations. The location in Okemos is our headquarters,” Ryan says. 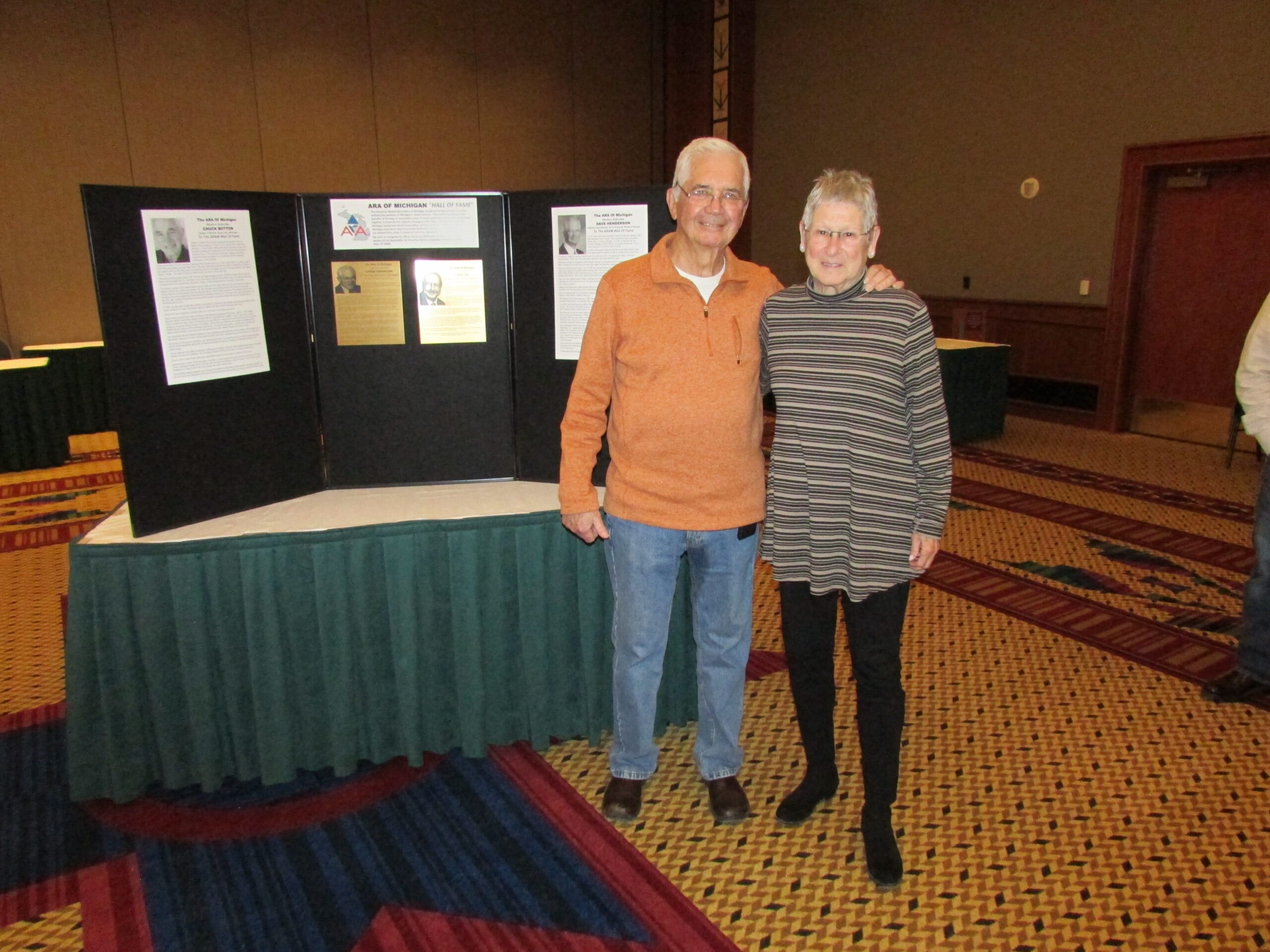 After serving in many roles with the board, David became president in 1998. Serving with other Michigan rental operators like Fullmer and Charles “Chuck” Button, president, Button’s Rent-It, Madison Heights, Mich., offered his father a tremendous support system, Ryan remembers.

“He enjoyed working with a group of guys who were in the same battles that he was,” Ryan adds. “They were trying to better the industry for the next generation. He really enjoyed talking about business and best practices. He enjoyed the friendship and that culture of being around those who were going through the exact same thing. All those guys wanted to build up the association from where it was at when they started. They wanted to leave something lasting — leave a mark for the industry as a whole and for the ARA of Michigan.”

Fullmer remembers it as one rental operator helping another. “It was good to have those members who helped all of us solve different problems we were facing,” he says.

Fullmer’s daughter, Bobbie, who serves as manager of her family’s rental business, remembers that it was more than just rental operators getting together to talk about business. “Our families became good friends. Those rental operators were very tight. It was more of a strong friendship. We all went to The ARA Show together, taking up a whole block of rooms in a hotel. We were all one big family. If my dad or another rental operator didn’t show up to a meeting, David would call you to see whether something was wrong,” she says with a laugh.

One area that David was passionate about was the personal property tax issue that Michigan rental operators had to pay.  “He worked with legislators on this issue for a long time,” Dick says. 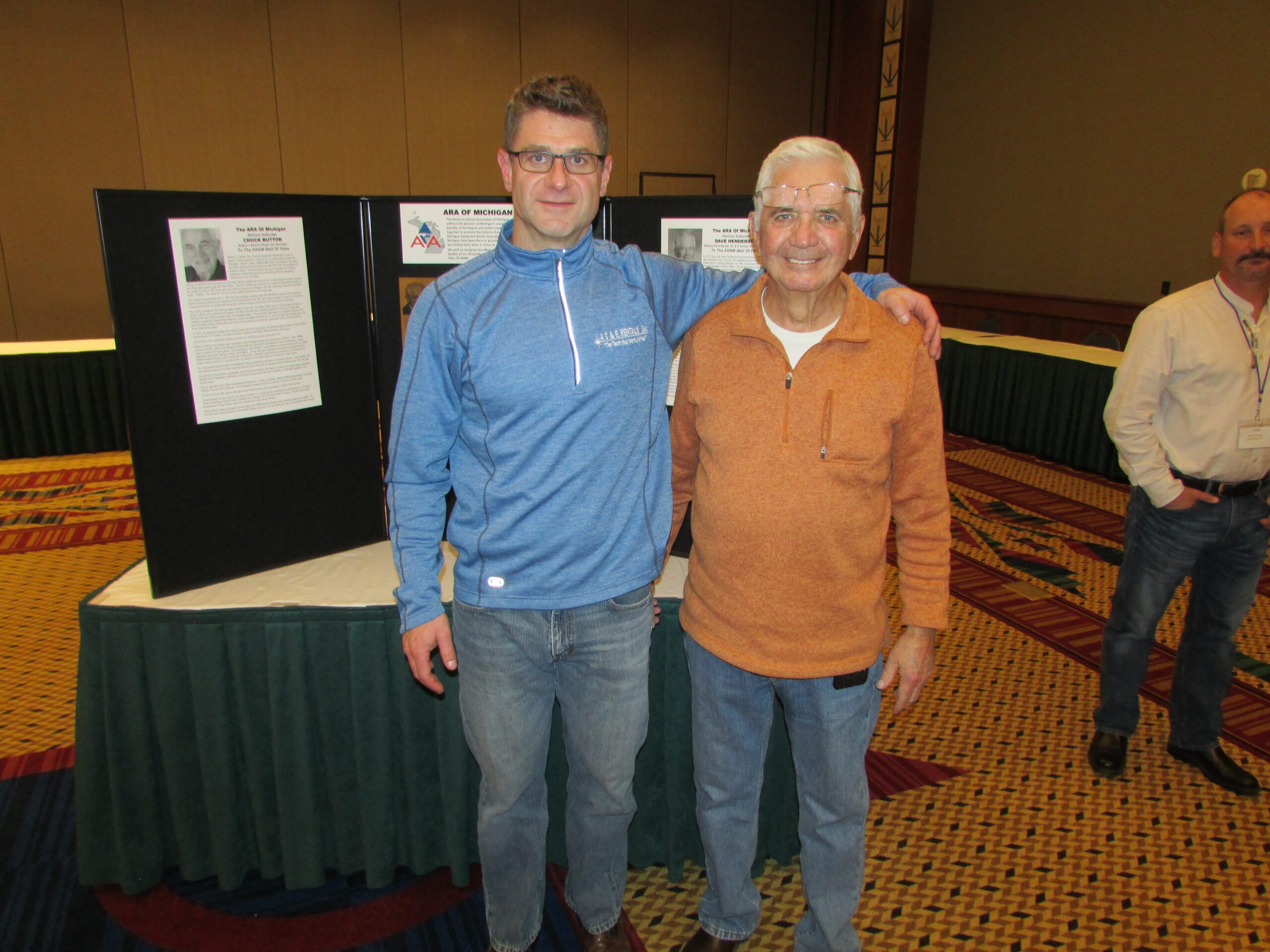 Ryan remembers that too. “We have been one of the only states that do that. He was passionate about there being a level and equal playing field for everyone. He thought it was unfair and always tried to organize and get lobbyists and legislators together to sponsor a bill to get that repealed. He worked on this until he retired and stepped down,” he says. (This issue finally came to a resolution on March 23, 2022, when Gov. Gretchen Whitmer signed into law Public Act 46, which created an exemption for heavy equipment rental operators.)

David was also a strong supporter of the next generation of rental operators. Scott Irwin, president, Delux Rental, Ypsilanti, Mich., and ARA board president, fondly remembers how much that support meant to him.

“I started on the ARA of Michigan board in 2012. Dave was the one who approached me to see whether I would be interested in being the state chapter president. I might not have thought about that if he hadn’t encouraged me and asked me to run,” he says, noting that this role propelled him into more active association service, which led to his current role on the national board.

Irwin says he loved talking shop with David. “He was a real rental guy — right from the bone down. He never hesitated to answer any question I had. He was very encouraging of me and my future. He was just a great guy. He would sit down and share how he did inventory management, how he did his receivables, how he ran his business and such. He always wanted to talk about rental — what worked and what didn’t work. He was willing to share that experience. I thought it was great. He was like a mentor to me. He helped me with so many different aspects — not just about being president but how to run a successful business. There were a lot of things he taught me — all of them came at a time when I needed it,” he says.

Rick Long, president, Power Equipment Plus, Sand Lake, Mich., knew David from selling him and Jayne rental equipment. He learned of David’s deep involvement in rental issues by serving on the ARA of Michigan board the first time — for a little more than five years beginning in 2004 as the state chapter’s first associate member director, a position David was instrumental in creating. Long served a second time on the board in the same role from 2015-2018 after David asked him to run for the position again.

“He gave so much to the association, from working on the legislative issues, be they taxes or theft by conversion, to being instrumental in setting up our ARA of Michigan rental auction. Back in those days before going online with the auction, we displayed all the equipment at one location. I remember one time when Dave put up a huge tent to sell at the auction and then a big ice storm came in that night, which brought it down. That was quite an experience as we struggled and laughed as a team to successfully put it back up again before the auction started that morning,” Long says. “He was always looking out for the rental stores in Michigan. He wanted to make life easier and more profitable by having laws and legislation that would be fair and benefit our members.”

Besides his dedication to his adopted industry, Ryan remembers his father’s patience and commitment to his customers. “I remember my dad always wanted to help other people. His motto, which we still use today, is, ‘We’re the team that works for you.’ He always had that service mindset. He wanted everyone to help the customer as much as possible and provide them with the best equipment,” he says.

That patience also was demonstrated in how he ran the business. “I learned that you have to be a very patient person and it doesn’t happen overnight. When I was young, I had unrealistic expectations. He taught me to slow down. It is a process — a marathon and not a sprint. He said you need to always have a game plan and figure out what you are going to do, but you are thinking long-term strategically — six to 24 months ahead as opposed to doing it today or next year,” Ryan says. 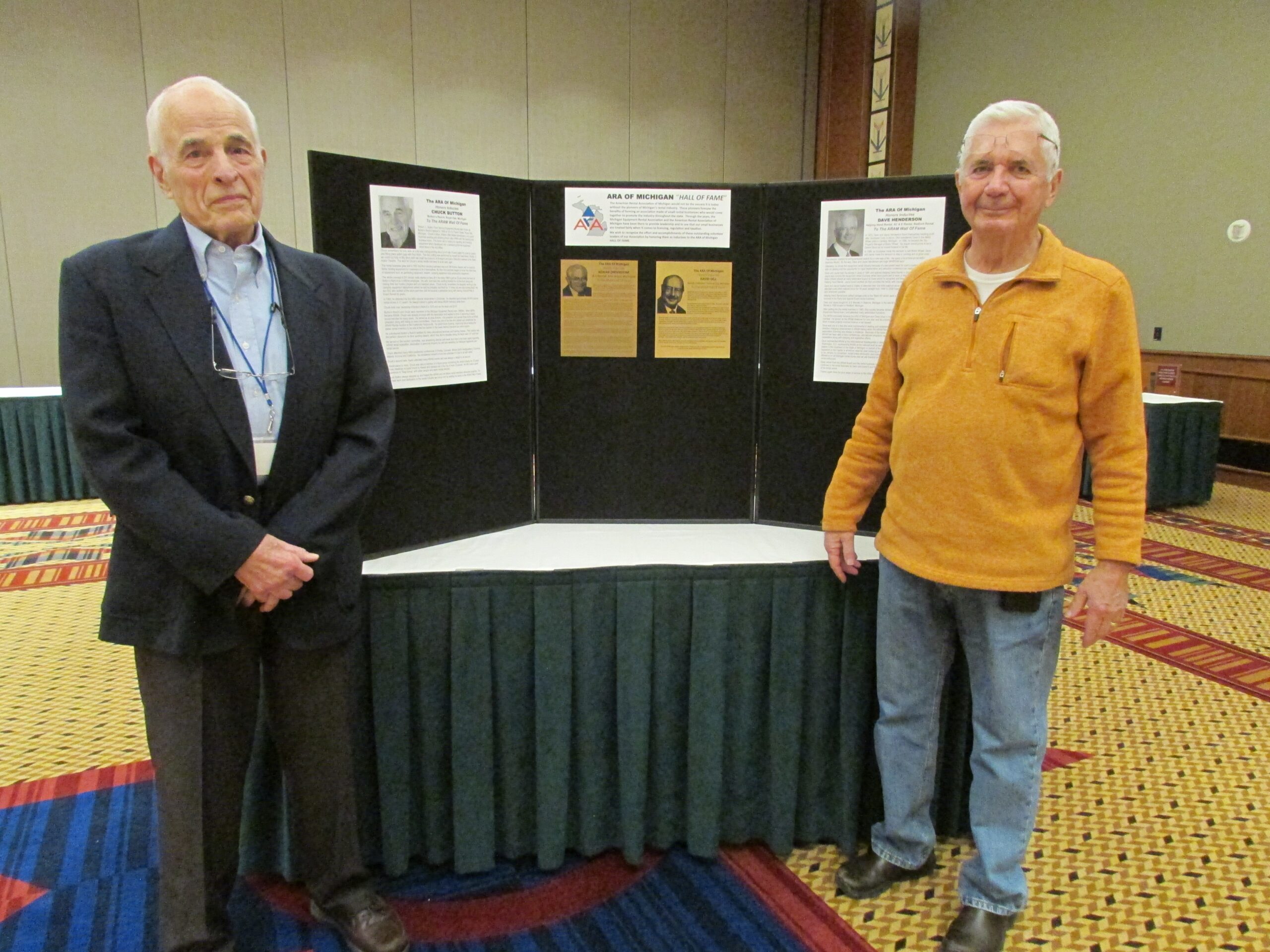 Patience was always afforded to employees, too. Whether it was an employee who was struggling with how to fix a piece of equipment, “he would go into the shop and help figure out what the problem was. He was very good at that — had a real natural ability. He loved helping our staff work through a problem. He would say, ‘OK, let’s take a look at this.’ If he didn’t know the answer right away, he always asked questions to dissect the problem. He truly enjoyed that,” Ryan says.

Even if a beloved employee decided to leave, Ryan remembers that his father never got upset. “My dad would always say, ‘I will never ever stand in someone’s way, no matter how much I want them to stay. If they are going to better themselves and make their life better and step up, I will not try to convince a guy to stay. I want them to have a better life.’ I still think about it today and find myself saying the exact words to someone who leaves to go for another job that will better his life,” Ryan says.

David was a person with an entrepreneurial spirit but also a very practical side from his years as a tax accountant. “He wasn’t a guy who shot from the hip. He always had a backup plan to counter whatever happened. However, he wanted to enjoy new opportunities and wasn’t shy about throwing money to new equipment to see whether it would work, but if something didn’t, then we would just sell our mistakes,” Ryan says.

For Ryan, his father’s lasting legacy is his love of the business and the association. “He felt like he was the underdog. Because of that he always went in like a pit bull — determined to get things accomplished and make things right. With the ARA of Michigan, he always had that mentality. At the business, he had that mentality for the operation of the company, his employees and his customers,” he says.

No services will be held at this time. In lieu of flowers, donations may be made to the Alzheimer’s Association.