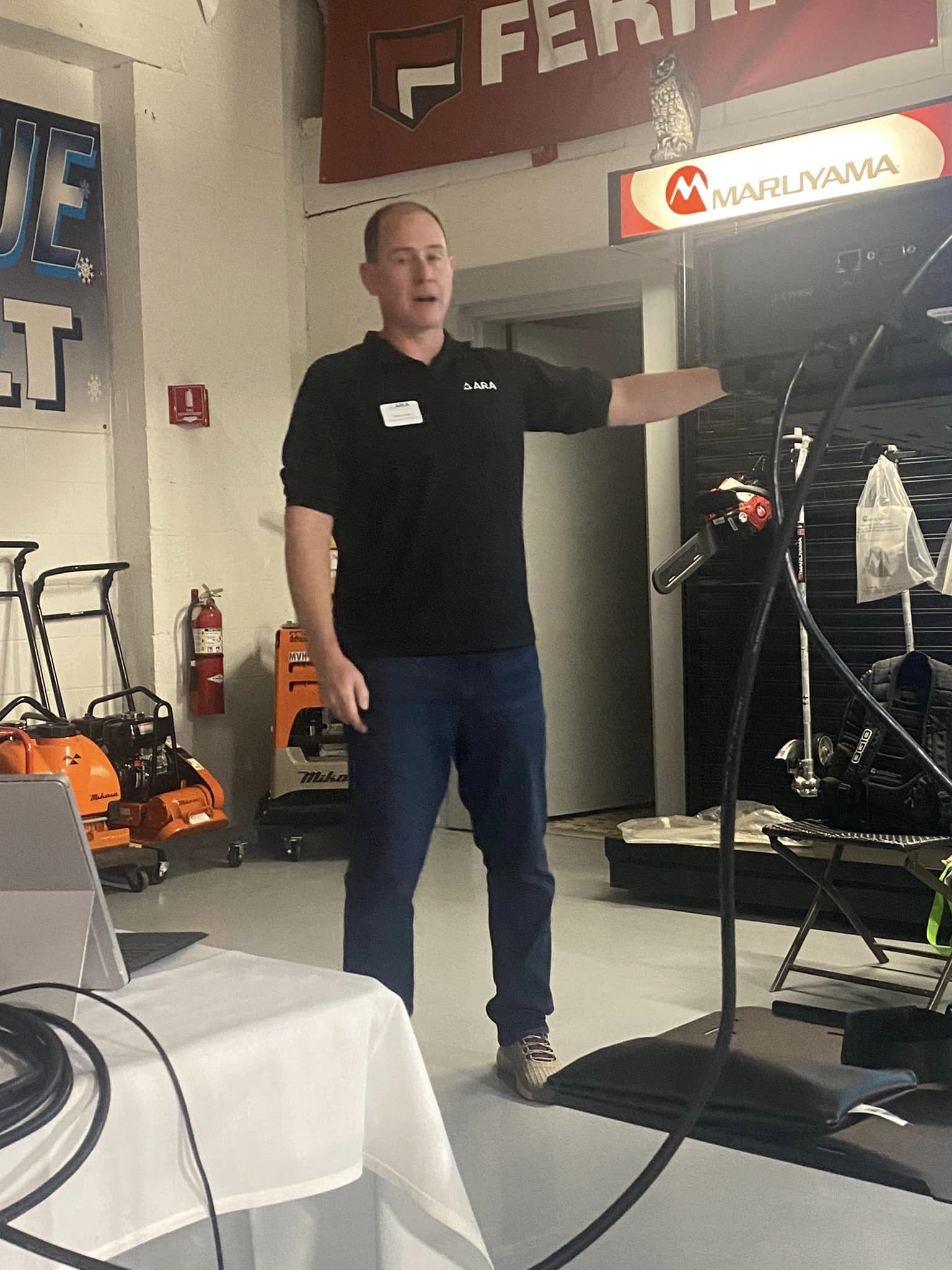 Kevin Gern, ARA vice president, education and risk management, provides training on being prepared in the event of an active shooter.

On Nov. 1, Connecticut members gathered at DLTC Equipment in Bridgeport, Conn., to receive vital training on survival in an active shooter situation. The lessons learned were all about what to do, where to go and how to help should the unthinkable occur.

“The meeting was very eye-opening, not just due to the content reviewed, but the very real nature of the subject and the effect that it can have on anyone at any time,” says Mike Bielewicz, operations manager, Superior Rental Div. of Superior, Milldale, Conn.

The session, “How to Survive an Active Shooter,” was led by Kevin Gern, American Rental Association (ARA) vice president of education and risk management, who stressed that while all active shooter incidents are different, there are some common threads we can use to help plan as constructive a reaction as possible.

“My biggest takeaway was being able to see my facility with a lens of preparedness,” Bielewicz says. “Each point throughout the presentation was driven home with our locations in mind, and it allowed the thought process to engage of how we would handle a similar situation in our facility, but also how we can begin preparing now to limit the potential for it to occur. One thing Kevin mentioned that really hit home with many of us was the thought that, while we talk about fire and fire awareness or have a disaster plan around tornadoes and natural disasters, no one ever prepares for an active intruder situation due to the stigma around it. If we don’t talk about it, it couldn’t happen to us. But after reviewing the statistics and recreations, it resonates that it happens every single day across the nation, and despite how uncomfortable of a conversation it may be, we need to have a preventive, prepared mindset.”

The event’s host, Jonathan Sweeney, president & founder of DLTC Equipment & Supply, who also serves on the ARA of Connecticut board, also found value in Gern’s presentation.

“Kevin did a great presentation on active shooter. I think what all of us got out of this was to look around your workspace and think about ways out of the building, having some objects that could be utilized in the event of a situation, and general facts and videos about several cases that have occurred in the U.S. — very informative,” Sweeney says.

“Kevin always presents his topics in a straightforward way that really helps the attendees understand the concerns and issues being addressed,” says Gene LaPierre, a consultant with B & S Sales, Hanson, Mass. “His knowledge of the topics he presents is obvious and real. This was no different at this meeting, even with such a difficult topic.”

LaPierre listed his key takeaways from Gern’s presentation as “1: Run, if you can; 2: Hide, if you can’t run; 3: Fight, if you must. And, if you do, fight hard and don’t worry about fighting fair. The attacker isn’t. Neutralize the attack ASAP. While I hope I am 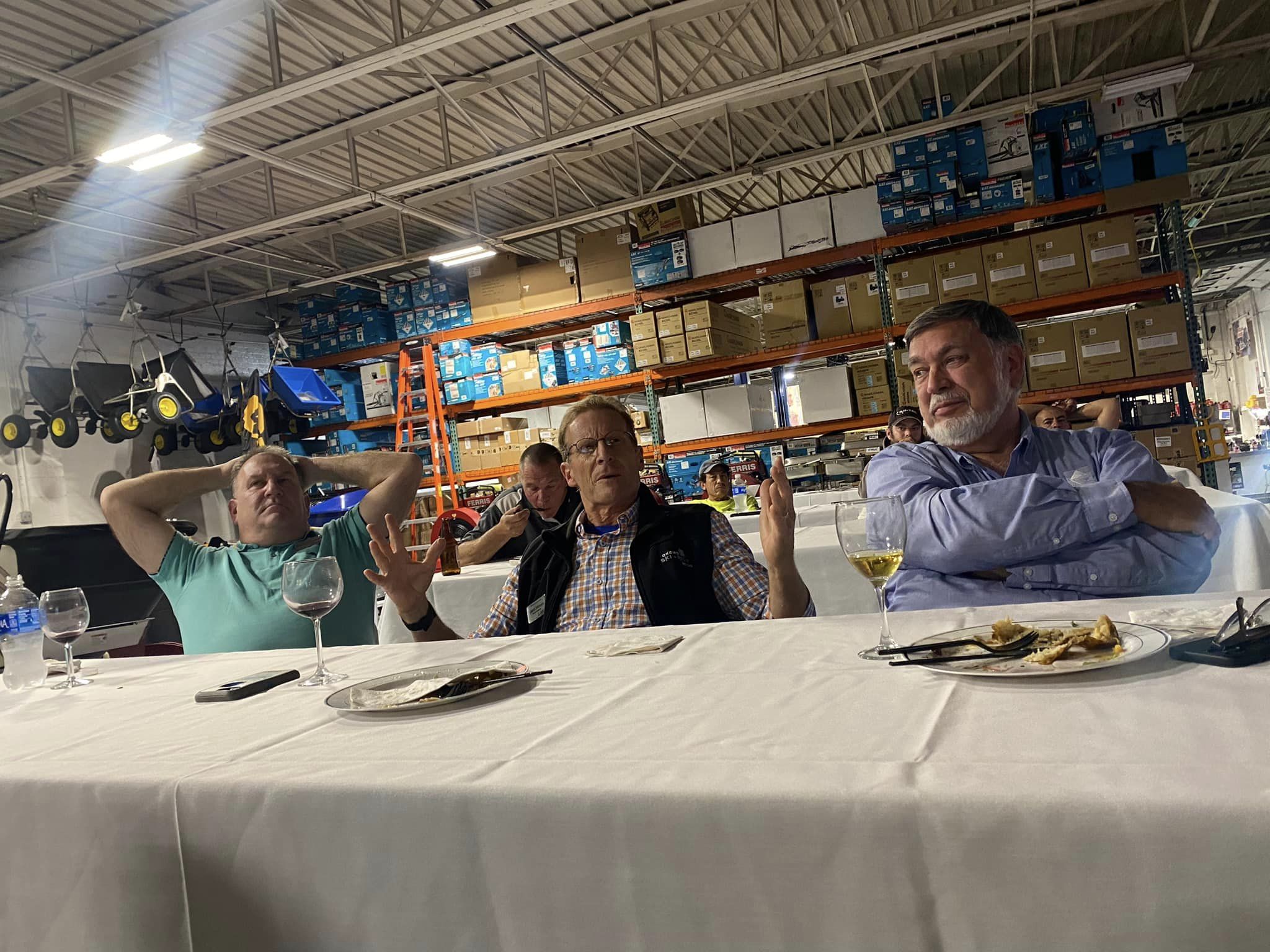 never in a situation like we were discussing, it’s good to know that I am a bit more prepared in case.”

The event also featured dinner and a tour of the DLTC’s facility.

“The event, as always, was a great opportunity to network and share ideas with one another, discussing the wins and opportunities of the industry and to collaborate with each other on what the future can look like for the industry,” Bielewicz says. “DLTC were more than gracious hosts with a beautiful facility, and you could truly sense the pride Jon and his team have in their business. Overall, I appreciated being able to attend the event, and look forward to engaging with this group on other pertinent topics in the future. We do not grow solely as individuals, but as an industry.”